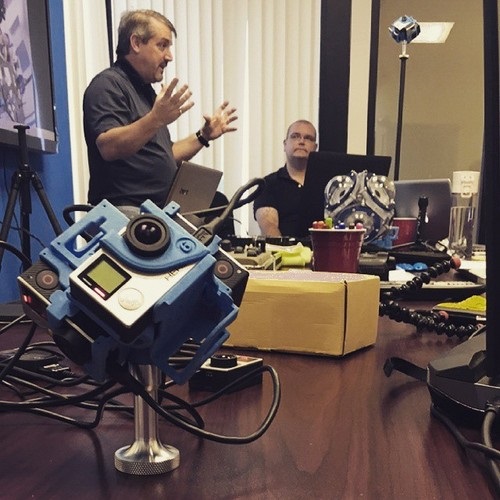 Whether you’ve been working on virtual reality (VR) projects for years or are interested in joining this growing field, there’s lots to learn about the technology. Virtual Reality Los Angeles (VRLA) which hosts a number of popular VR events over the year, the last one being the Winter Expo in January, has announced the formation of the VRLA School.

VRLA School is a series of monthly educational workshops and speaker sessions led by experts in VR and augmented reality (AR). The inaugural workshop will be taking place on 27th, February 2016, from 8:30am – 2:30pm. Michael Kintner CEO of 360Heros will teach attendees how to become a VR filmmaker. You’ll get to learn about each phase in their live action VR pipeline including capturing 360-degree video, importing and managing files, and stitching video with Autopano and VideoStitch. Those going to the event will also receive a $50 USD discount on selected 360Heros camera rigs.

The 360Heros workshop will be held at Village Workspaces, in west Los Angeles. Tickets are priced at $150 USD excluding fees, and the VRLA states spaces are limited, although how many are available for the event is unknown.

Further details can be found on the VRLA website and VRFocus will continue to bring you more news on future workshops as details are announced.

The post Educational Workshops to be Part of New VRLA School appeared first on VRFocus.