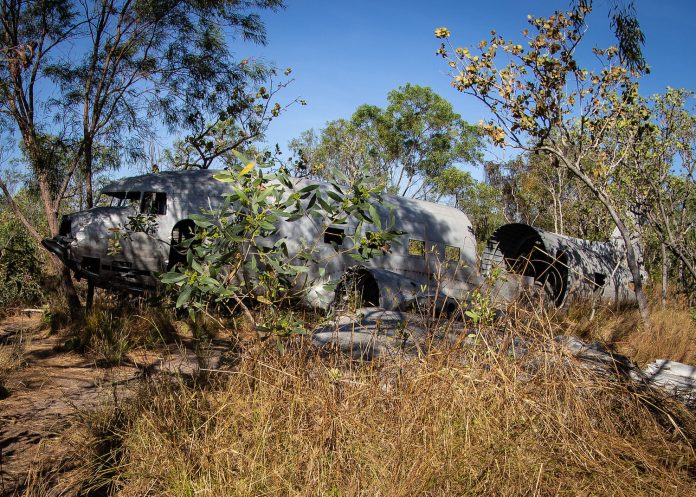 Above: Checking out the cockpit of the C-53 at Vansittart Bay

On our Ponant cruise of the Kimberley, at Anjo Peninsula in Vansittart Bay, we visited the remains of the wreck of a C-53 plane, that came down during World War II.

On February 26, 1942, during a return flight from Perth to Broome, the pilot overshot the Broome Airport at night and flew on for another 400 miles. Running short of fuel, it subsequently made a wheels up landing on a large salt pan but overshot it.

After the crash, this aircraft was declared Missing In Action (MIA) until discovered. Fortunately no lives were lost and the crew members were rescued after almost a week in the bush and hot and humid weather.