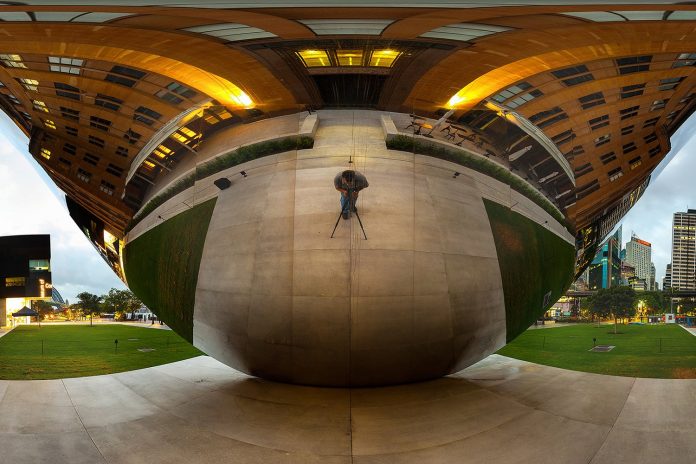 In 2013 I had the assignment to shoot a number of works by Anish Kapoor, at the Museum of Contemporary Art, Sydney, as part of the Sydney International Art Series. . The 360˚ panoramas were part of a digital app for the iPad created by the now-defunct Oomph company.

I’d never photographed a sculpture exhibition before so it was quite exciting, not to mention the artwork was amazing and not a little challenging.

Aside from the traditional 360˚ panoramas of the artworks there was a rather unique piece that consisted of a white wall with a large “white bump”. Shooting it as a 360˚ panorama wouldn’t have conveyed the way you actually had to view it, that was by walking side to side of the object so you could see the depth.

In this case I had to shoot a partial object spin. This is a number of still images shot at a specific distance usually in a circle around an object. Here I was shooting around a semicircle I quickly made with some rope on the floor.