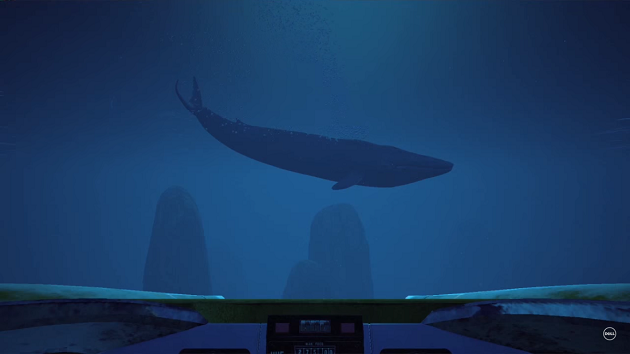 Virtual reality (VR) draw is its ability to immerse the viewer and make them feel like they’re actually there. This sense of presence can illicit emotions and add a far greater impact to an experience than being viewed on TV. 360 degree experiences like Clouds over Sidra which was filmed in Jordan’s Za’atari refugee camp and The Displaced, are just a couple of examples on how that can be achieved. Now Hollywood actor Adrian Grenier wants to use VR to bring attention to environmental issues and ocean conservation, through a partnership with Dell and 3D Live on Cry Out: The Lonely Whale Experience.

Created in conjunction with Grenier’s Lonely Whale Foundation, the VR experience transports viewers into the depths of the sea to witness underwater life and how pollution has disrupted it. The collaboration seeks to educate audiences about the work of the non-profit focused on bringing people closer to the world’s oceans through education and awareness, inspiring empathy and action for ocean health and the wellbeing of marine wildlife.

“The Lonely Whale is real – a creature who has lived most of his life in isolation – but he is also a powerful symbol for how humankind can better understand the plight of whales and come together to address the issues facing our shared oceans,” explained Adrian Grenier, actor, filmmaker and Dell Social Good Advocate in statement. “I’m grateful to partner with Dell on this VR project and show how technology can educate and inspire positive change. I hope the result will be greater understanding and swifter change, so that this ancient and beautiful life form, and many others, do not disappear from our oceans.”

The three-minute film will debut at the “A Response to our Oceans” event today during Art Basel Miami, and then United Nations Paris Climate Conference (COP21).

VRFocus will continue to bring you all the latest VR news and updates as details are announced.

The post Cry Out: The Lonely Whale Experience to debut at Art Basel Miami appeared first on VRFocus.