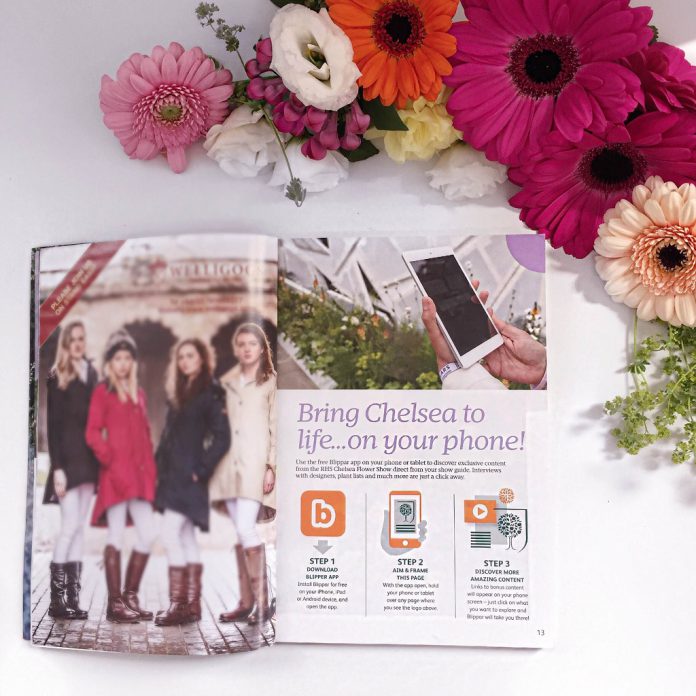 Taking place this week is the Royal Horticultural Society (RHS) Chelsea Flower Show 2016 held in the grounds of the Royal Hospital Chelsea, London, UK. Applying cutting edge augmented reality (VR) technology for the event is Blippar, which aims to offer a deeper and more immersive experience for show goers.

For visitors attending the show they’ll be able to scan the show catalogues using the free Blippar app, this will bring up curated content relating to five of the sponsor gardens. The app will also unlock additional content such as behind the scenes interviews with designers, full access to the gardens plant list and a chance to win tickets to the RHS Hampton Court Palace Flower Show on 5th – 10th July 2016.

Ian Reynolds, RHS Social Media Manager said in a statement: “The RHS are always striving to bring the best and most immersive experience to all our show visitors, not just on the ground but also in the digital space. We are delighted to be partnering with Blippar, initially at the RHS Chelsea Flower Show, to provide our visitors with an exciting new way to access additional content surrounding the most famous flower show in the world.”

While Omaid Hiwaizi, Global Marketing Manager, Blippar commented: “We are thrilled to be partnering with the Royal Horticultural Society to provide an inside track on the featured gardens for the RHS Chelsea Flower Show. We are passionate in fulfilling people’s curiosity around horticulture whilst ultimately assisting the RHS in making the UK a greener environment.”

Blippar has used its AR knowledge for a range of different events and experiences. Last year the company celebrated Queen Elizabeth II becoming the UK’s longest serving monarch by bringing all Bank of England banknotes to life, it also created AR covers for popular newsstand magazines. Earlier this year Blippar closed a $54 million USD funding round to grow its engineering team and extend the global reach of its app.

VRFocus will continue its coverage of Blippar, reporting back with any new announcements.