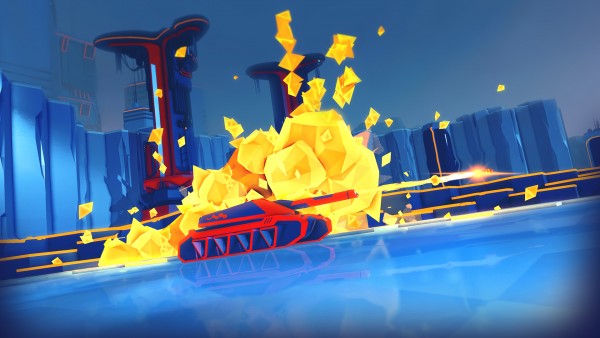 Anticipation will be building for fans of Rebellion’s virtual reality (VR) title, Battlezone, as more information is coming out on what to expect of the reversioned original 80s arcade shooter. It has been said in an interview with VRFocus that the Sniper Elite series developers plan on releasing post-launch DLC, some of which will be free.

The VR rebooted tanker game, announced back at E3 in 2015, is currently being developed for the PlayStation VR head-mounted display (HMD) first, with an Oculus Rift version in the works and possibilities for other HMDs. It will still hold many of the original elements, and features a neon aesthetic that echoes the classic look fans are familiar with.

Jason Kingsley, CEO of Rebellion, talked to VRFocus about the prospect of DLC for Battlezone, however it seems to still be too early to guess exactly what the content may be, even for Kingsley himself: “If you’re going to ask me what they are yet I don’t know. We’re getting our plans together at the moment and we’re focusing very much on getting the first game out, and then once that’s in the box and everybody’s happy with that then we’ll move to DLC.”

Despite not having decided on what the DLC will be, Kingsley did have some news for fans to look forward to, saying, “For this game we’re not quite sure. It might all be free, it’d be rather nice to do that, or we might make some of it free.”

Check back with VRFocus tomorrow for the complete interview with Jason Kingsley and further insights into Battlezone.

The post Battlezone to Get Some Free DLC appeared first on VRFocus.