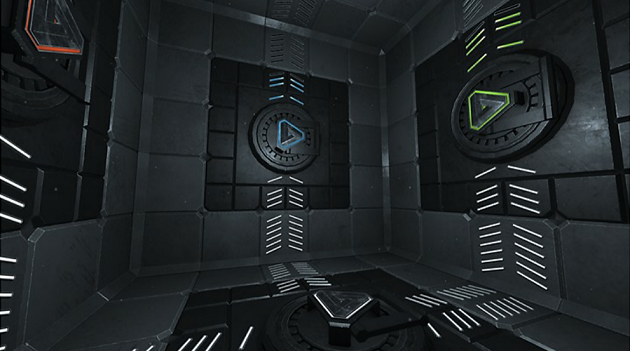 Good news for Samsung Gear VR owners as today sees the release of more content for the mobile head-mounted display (HMD). Launched by developer SETAPP, Neverout is a first-person puzzle experience that can now be downloaded from the Oculus store.

Neverout is a tense puzzler set across a series of 60 small, claustrophobic rooms. These rooms resemble padded cells, with only one way out. Each room can be flipped, allowing the player to walk on the ceiling and walls in order to escape. Each time they complete a challenge they’ll be able to continue onto another room. Progression is filled with danger as players avoid spike pits, moveable crates, electrified surfaces and more.

The videogame is rated as ‘Comfortable for some’ and doesn’t require a gamepad to play. It’s priced at $7.99 USD, and VRFocus will continue its coverage for all the latest Gear VR releases as they’re announced.