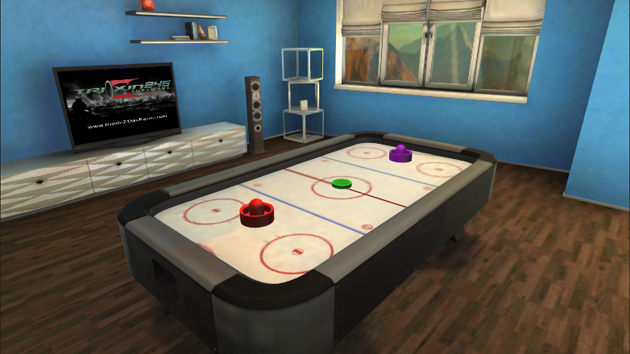 The official description for Air Hockey VR reads: “Play fast paced air hockey while you immerse yourself in the comfort of a modern apartment overlooking the mountain side.” Features included in the videogame include 3 difficulty levels with customisable table tops, pucks, and mallet colours.

The experience should be comfortable for most players and can be downloaded from the Oculus Store for $2.99 USD. No Bluetooth gamepad is required to play Air Hockey VR.

VRFocus will continue its coverage on all the latest releases for the Gear VR headset, reporting back with the latest announcements.