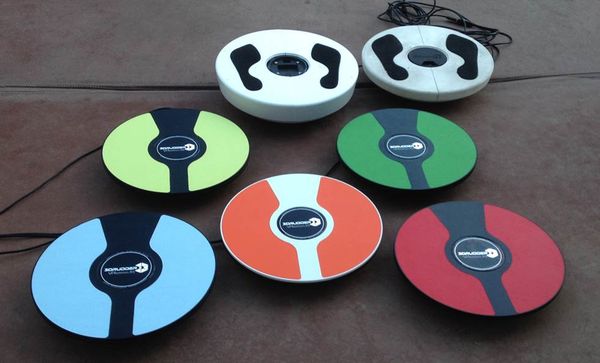 Next year will see a myriad of different control options available for virtual reality (VR) head-mounted displays (HMDs). The Oculus Rift will come bundled with an Xbox One controller with the Oculus Touch available later in the year, and the HTC Vive and PlayStation VR will come with their own motion tracked devices. Then there’re third party units like the VRGO chair, Virtuix Omni an omni-directional treadmill and the VirZOOM VR bike to name a few. Now another controller has been revealed which will be on show at the Consumer Electronics Show (CES) 2016, the 3DRudder “VR Edition” controller.

The 3DRudder VR edition is a feet-based controller that can be used by players whilst sat down. While bigger devices like VRGO and Virtuix Omni, require users to move their bodies, the comparatively small 3DRudder can be used just by moving your feet, comfortably sat on your favourite sofa or chair. This then frees your hands to allow other interactive options.

With the 3DRudder players can move forwards, backwards, strife left or right and rotate to the left or right. With its simple design the device should be easy to get to grips with, becoming intuitive to use in short space of time.

Those attending CES 2016 in Las Vegas, Nevada, they will have the opportunity to test out the 3DRudder, and for those not going 3DRudder has opened pre-orders on its website with units priced at $175 USD. Units are due to start shipping by the end of March 2016.

VRFocus will continue to follow the latest news from 3DRudder, reporting back any further announcements.