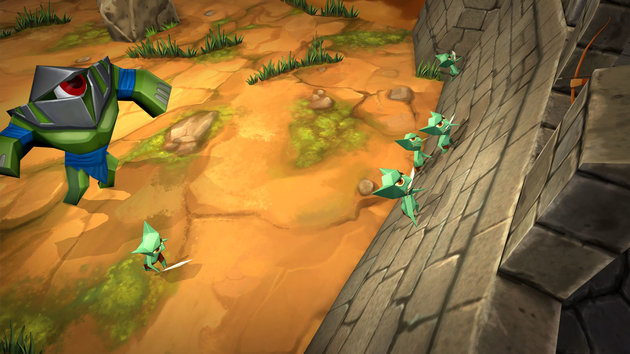 With the release of Samsung and Oculus VR’s Gear VR mobile-based virtual reality (VR) head-mounted display (HMD) in the last month, the latter has also finally launched Oculus Concepts, a new section of its app store that highlights some of the more experimental experiences along with early access releases. Some of the already available Gear VR content has migrated to this part of the story but, today, it’s getting one of its first new editions in Archer E. Bowman from voidALPHA.

As the name suggests, this is an archery experience in which players defend the castle ramparts from hordes of enemies. Foes resemble tiny beasts that scale the walls of your defenses. Available as a free download, the title doesn’t require a Bluetooth gamepad to be played.

“You are… Archer E. Bowman, Rampart Hero!” and official description reads. “Take to the wall with your trusty bow and defend the kingdom from beastly hordes! It was supposed to be a quiet day of guard duty – will you survive the onslaught?”

For the latest updates on all Gear VR releases, keep reading VRFocus.