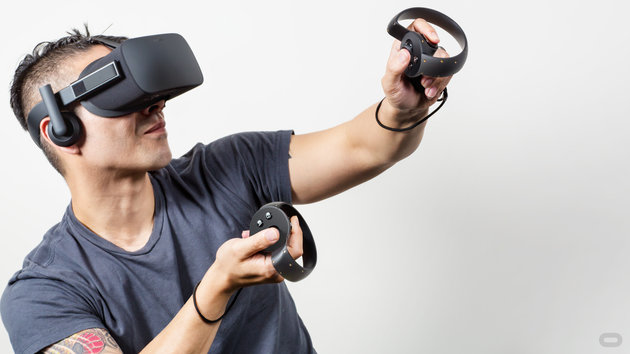 Its been a few months since Crytek updated its software development engine CryENGINE with any notable improvements for virtual reality (VR) support. The last was in September with a Heightmap-Based Ambient Occlusion option. The latest update v3.8.6, launched this week, adds a couple for fairly sizeable additions. For the latest version, alongside various improvements, glitch fixes and tweaks has been two for Oculus VR’s software and hardware.

The first is for Oculus VR’s software development kit (SDK) 0.8 which launched in October. Highlights to the updated SDK include improved support for Microsoft’s latest operating system, Windows 10, and the addition of a new troubleshooting system, the Oculus Debug Tool.

The second addition is support for the company’s Oculus Touch position tracked motion controllers. Oculus Touch won’t be launching at the same time as the Oculus Rift head-mounted display (HMD), the company slating a Q2 2016 release date for them.

Crytek’s full changelog can be found here. The developer does state in regards to the Oculus VR updates: “However, in order to make use of these features you will need to install the Oculus 0.8.0.0-beta Runtime for Windows and install the GPU drivers that are recommended by Oculus.”

VRFocus will continue to follow the latest VR updates to CryENGINE closely, reporting back any further announcements.