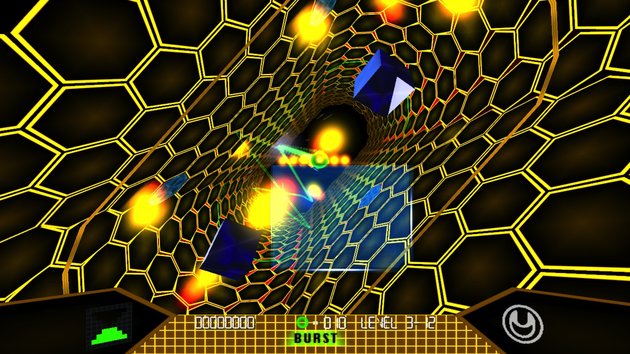 Continuing a series of interviews with developers that are supporting Samsung and Oculus VR’s newly-released Gear VR mobile-based virtual reality (VR) head-mounted display (HMD), VRFocus today speaks to ZeroTransform. This is a developer that anyone invested in the technology will have likely come across by now, with its VR brick breaker, Proton Pulse. It’s also working on several other projects including the upcoming Pulsar Arena and Vanguard V.

In the interview below, ZeroTransform founder and CEO Justin Moravetz talks a bit about each of these titles, with a particular focus on Proton Pulse given its release on Gear VR. The developer talks about working on the mobile platform and how it compared to development of another popular HMD, Google Cardboard. He also teases more to come from Proton Pulse itself in the near future.

VRFocus: Why did you decide to pursue an arcade-style experience for VR?

Justin Moravetz (JM): Proton Pulse is a love letter to the early 90s, the era when I first discovered Virtual Reality. The tech wasn’t ready then, but I was able to picture worlds within a world and I knew that VR could change the whole experience in a very fun way. There are so many hidden 90’s references in Proton Pulse, it may be tough to catch them all.

VRFocus: Proton Pulse has a long history, how did it come to end up on Gear VR?

JM: It seemed like a natural fit to have Proton Pulse for Gear VR. The game doesn’t rely on positional tracking or controllers to fully enjoy the experience. Oculus agreed, and we set off to make it happen. I was surprised how much I was able to push the Samsung hardware to build a quality experience.

VRFocus: Has the experience changed from the Google Cardboard release in any way?

JM: Google Cardboard needs considerably more design given the inconsistencies in phone types and input methods. Not all phones work with the magnetic switch so we had to redesign much of the game to use no buttons at all.

On the other hand, Gear VR has a nice touchpad allowing us to make natural design choices for user interaction. Since the base hardware is more powerful, the Gear VR version of Proton Pulse has a few extra special effects that we think our fans are really going to enjoy.

VRFocus: Does the VR version of the title take advantage of features like the touchpad?

JM: Absolutely. We use the touch pad for button interaction and for the Space Time ability during gameplay. Give it a tap next time you’re in the game to see what I mean. 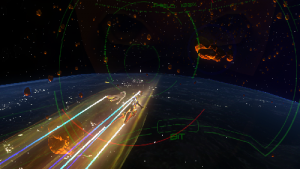 VRFocus: Could you see the studio working on more Proton Pulse content in the future? Possibly as a side-project to Vanguard V?

JM: Its funny you mention that. We are nearing completion of Proton Pulse Plus for PC VR. It uses hand tracking, features improved visuals, and delivers a much more dynamic sounding game. Can’t wait to show it off!

JM: As for Vanguard V, we’re always in development of this title. It is a larger scale game so much of the art is delegated to trusted people. I then bring it all together when the time is right. There is so much to share in the near future on this title.

VRFocus: Are Oculus Rift and PlayStation VR versions of the title still planned?

JM: Yep. It makes the most sense for us to have our game on as many platforms as possible. I wouldn’t dream of holding it back.

VRFocus: Is Zero Transform working on any other Gear VR projects?

JM: Pulsar Arena is about to hit the Gear VR store. It’s a great title for any rhythm game enthusiasts as the music drives everything from the gameplay, to the art. It’s crazy fun!