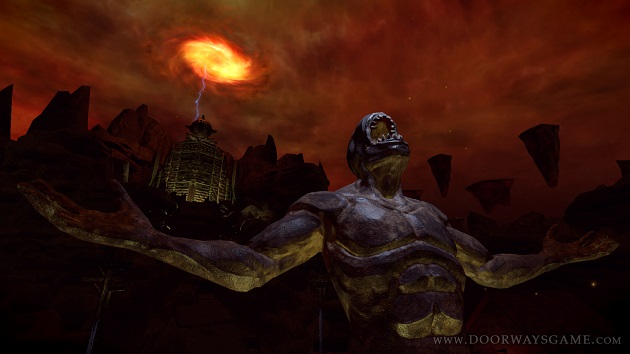 During the summer Saibot Studios released its fourth and final instalment for its virtual reality (VR) compatible horror adventure title Doorways: Holy Mountains of Flesh. Now the studio has released a new update for the Steam Early Access title alongside a limited time discount offer.

The version 0.3.0 update includes among other things Steam Controller support, visual improvements and bug fixes. The two main additions in the latest version are viewpoint toggling and the extension of ‘El Chacal’, the town hub area of Doorways: Holy Mountains of Flesh. Now players can switch between the standard first-person view and a classic third-person viewpoint. The extension of ‘El Chacal’ allows players to transverse a new section of El Chacal, just after finishing the first act, The School.

The title follows the main character of the series, Thomas Foster, who visits El Chacal, a small and remote village in the mountainous region of Salta, Argentina to go after an entire family of lunatics led by Juan Torres, better-known as ‘The Roaster’. Juan and his family are the focus of numerous rumours involving cannibalism, black magic, sects and all kinds of superstitions.

VRFocus will continue to bring you any further updates to Doorways: Holy Mountains of Flesh as details are released