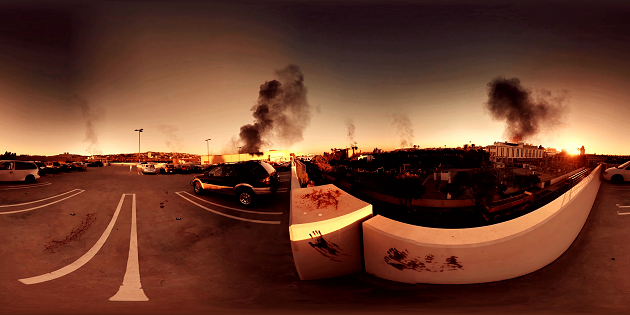 In Last Man Standing the 360-degree video puts viewers at ground zero of a zombie apocalypse, the actor Phil Morris known for his roles as superhero Martian Manhunter on Smallville and the voice of villain Vandal Savage in the animated Justice League: Doom, in the role of the protagonist. The film, directed by Clever Fox’s Chief Creative Officer Dekker Dreyer includes special makeup FX by Todd Masters of Masters FX, John Wrightson, and Roland Blancaflor.

“Genre entertainment is great for VR because it transports you to another world. As creators you don’t have to be concerned with absolute realism and the audience can experience the heightened emotions of being inside this hyper-real fantasy world. With Last Man Standing we wrapped that experience in a traditional narrative and built on that with this great performance by Phil [Morris]” said Clever Fox CEO Julia Howe in a statement.

The film can be viewed online at Littlstar.com via desktop or smartphone. For those with a head-mounted display like the Samsung Gear VR the experience can be found via the Littlstar app.

VRFocus will continue to bring you the latest 360-degree film releases as they’re announced.