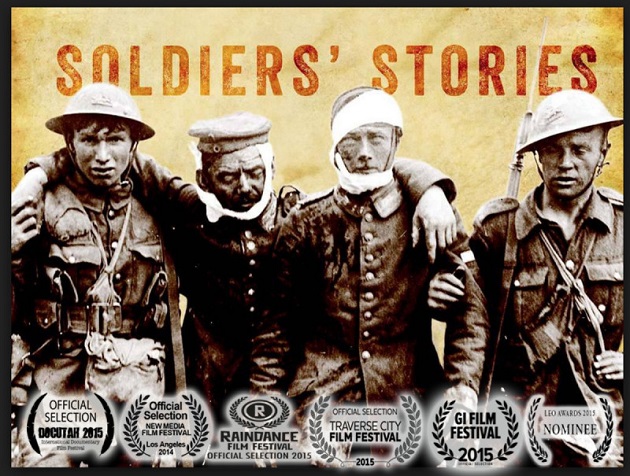 Released in time for Veterans’ Day in the US, there is now a virtual reality (VR) experience of World War 1 available. The VR film, titled Soldiers’ Stories, created by the Academy Award-winning production team of Nick Reed from Kallisti Media and Jonathan Kitzen, features narration by Academy Award winner Mickey Rooney.

Set in the trenches of WW1, the film uses restored original stereoscopic images taken over 100 years ago to tell the story of the bloodiest battle in human history, the Battle of the Somme, from the perspective of the soldiers who fought it. “This is an epic film about epic engagement, so what better way to see it than in its original 3D glory and with the immersive quality that only virtual reality can bring,” said Reed in a statement.

VR and especially 3D isn’t a new technology, with stereoscopic imagery going all the way back to the 1840’s. When WW1 broke out there were thousands of 3D images taken by all sides. The trick was finding and restoring them. The filmmakers were able to locate over 9,000 images by enlisting the help of a network of private collectors who had a treasure trove of original images never before seen by the public. In the end, the process took over two years and thousands of hours.

This film contains some graphic content (due to the nature of the topic) and viewer discretion is advised. Soldiers’ Stories can now be downloaded for mobile devices via Google Play, Vimeo, and the iTunes store for £3.95 GBP. The VR film will support head-mounted displays (HMDs) like Google Cardboard, Gear VR and Oculus Rift.

VRFocus will continue to bring you all the latest news and announcements on the VR industry.