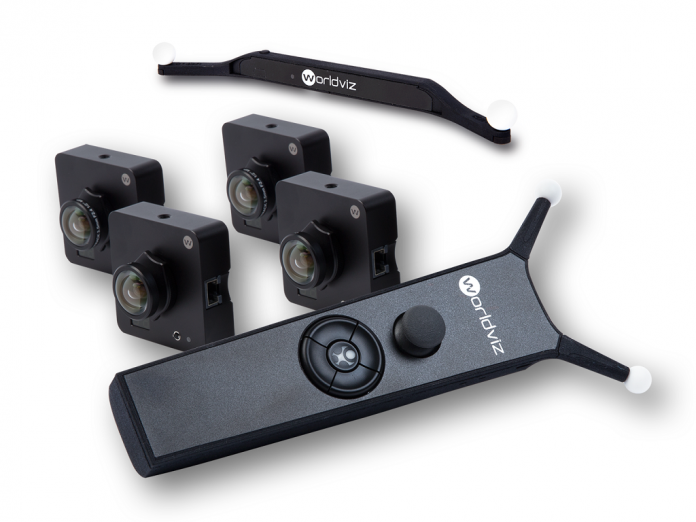 Head-mounted displays like the Oculus Rift and HTC Vive have two different versions of positional-tracking to create immersive gameplay. Currently the Oculus Rift uses a single table top mounted camera to detect a players movement whilst seated. While HTC Vive uses two wall mounted ‘Lighthouse sensors’ enabling Room Scale tracking in an area up to 15 feet by 15 feet. But what if you wanted to go larger? Virtual reality (VR) solutions company WorldViz has an answer with its ‘Warehouse-Scale” motion tracking system.

WorldViz’ Precision Position Tracking (PPT) system has been available for over a decade, but today the company has announced it’ll release an integration for Unreal Engine 4 and Unity 5. This will enable any VR headset supported by those engines – such as Oculus Rift, HTC Vive, PlayStation VR, Samsung Gear VR and Google Daydream – to utilise those capabilities.

“With the launch of Gear VR, Oculus Rift and HTC Vive, and the imminent launch of PSVR and Google’s Daydream VR, the VR headset market is heating up,” said Andrew Beall, CEO of WorldViz. “The beauty of our PPT system and the new plug-ins is that they take the orientation data from the game engine. So as long as the engine supports the display, you can track the user.”

The PPT system allows tracking of up to 10 people or objects simultaneously in an area larger than 50 x 50 meters. It features a hybrid optical-inertial system with high-precision cameras able to capture date at 240Hz. While light weight sensors can be fixed to HMDs or other objects.

Peter Schlueer, president and co-founder of WorldViz, added: “These new plug-ins are easy for any developer to set up and use, and will open up a whole new world to content creators who want to use the best wide-area motion tracking and the best game engines with the best VR headsets on the market.”

The WorldViz PPT system is available now to purchase, starting from $15,000 USD depending on the number of cameras, sensors and support needed. The Unity and Unreal Engine plug-ins will be available at the end of June 2016.

Keep reading VRFocus for all the latest news on WorldViz.