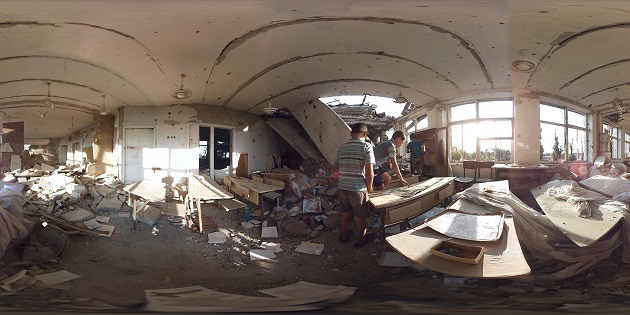 The VR film, which was co-directed by Vrse.works creator Imraan Ismail and New York Times’ Ben C Solomon, tells the stories of three children whose lives have been upended by conflict and follows them as they move forward and try to rebuild their lives in the aftermath of earth-shattering events. Viewers will be able to witness these children’s lives in 360 degrees, their homes, families and daily activities.

Ismail said in a statement: “When The New York Times came with their idea of filming three children in VR in three different war torn countries, (Ukraine, Syrian refugees in Lebanon, and South Sudan), it felt like an opportunity to both personalize the issue AND to show its scope, all through a meld of art and journalism. But particularly, for me, through the art of VR. At its base, VR has an ability to put us in places we could never go. As an art, using all the tools of a filmmaker applied specifically to VR, it has the ability to express feeling and emotion and force the viewer to not just view it, but to swim in it. And ultimately, to express truth, not just reality.”

The experience can be downloaded through the Vrse app for iOS, Android or Gear VR. For iOS or Android, users will need a VR head-mounted display (HMD) like Google Cardboard, Merge VR or similar.

VRFocus will continue to follow the latest VR announcements from Vrse and its production company Vrse.works as new projects are launched.