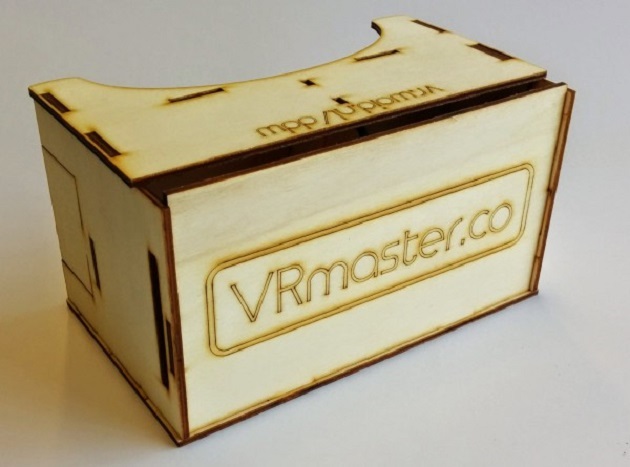 Web Summit 2015, an annual technology conference held in Dublin, Ireland, features some of the biggest tech companies in the world. Speakers at the event for the virtual reality (VR) industry include Oculus VR founder Palmer Luckey and Jens Christensen, founder and CEO of Jaunt. But there will also be smaller start up developers looking to promote themselves, and one such business is Dutch VR startup VRmaster.

VRmaster aims to bring VR to the masses by making VR affordable and easy to use. The company is developing a web-based VR platform, VRapp, that allows users to easily share and experience VR by creating VR tours of 360 degree photos and videos, right in the browser. The app works with both Android and iOS operating systems.

As well as the app VRmaster sells a range head-mounted displays (HMDs) similar to Google Cardboard in a range of designs. These designs don’t just feature cardboard material, they also create headsets out of plastic for a more water-proof build, wood and even bamboo although not all phones will fit.

Web Summit 2015 begins tomorrow, Tuesday 3rd November – Thursday 5th November. Tickets are completely sold out for the event, which expects to see 22,000 attending the event from more than 110 countries.

VRFocus will follow any VR announcements from the event over the course of the week.

The post VRmaster at Web Summit 2015 appeared first on VRFocus.