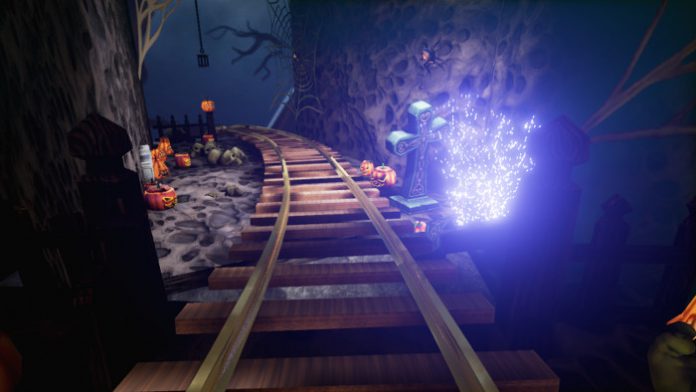 October may have come and gone for another year and in doing so taken Halloween with it but that doesn’t necessarily mean the end of scares and things that go bump in the night. As today on New To VR we head back to Oculus VR Share for a tricky little treat.

It has in itself been a good couple of months since we’ve featured that staple of the virtual reality (VR) experiences, the rollercoaster but Halloween Coaster 2015 is one of two we’ll be looking at this week. A ride combination part coaster, part ghost train Halloween Coaster 2015 takes you on a trip through lightning lit rooms and creepy pumpkin patches.

Developed by VaiR, this public beta is supports both the DK1 and DK2 versions of the Oculus Rift head-mounted display (HMD). You can see a clip of the experience in action below, whilst for further technical specifications please see the Oculus VR Share page linked above.

Be sure to check back on VRFocus throughout the week for all the latest entertainment, education and developmental news from the worlds of virtual and augmented reality.

The post New To VR: Return To Halloween With Halloween Coaster 2015 appeared first on VRFocus.