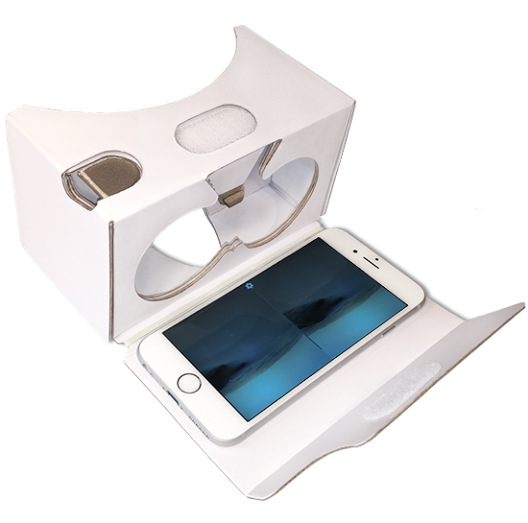 When Google launched it’s Cardboard head-mounted display (HMD) for smartphones, it was seen as a novel approach to virtual reality (VR). It enabled the public to use devices already in their pockets, with a piece of kit that was cheap and simple to use. Since then Google’s original design has been tweaked and altered by numerous companies across the world, refining it with different materials and functionality. This week VR Oxygen has launched a Kickstarter crowd-funding campaign for its version, the C Pure.

Seeking to raise $5000 USD for the project, VR Oxygen’s C Pure is a sleek white HMD, featuring a glossy coating for protection against greasy fingerprints and foreheads and a cushioned nose piece to make wearing the C Pure more comfortable than other similar devices. The headset also includes a button on top for interacting with VR applications, and the device itself will house smartphones up to six inches in length.

Reward tiers range from $1 all the way up to $10,000. As with most Kickstarter campaigns there’s an early bird offer at $19 which will get backs one C Pure headset, with the future retail price being $29.95.

VRFocus will follow the progress of the VR Oxygen funding campaign, reporting back any further updates.