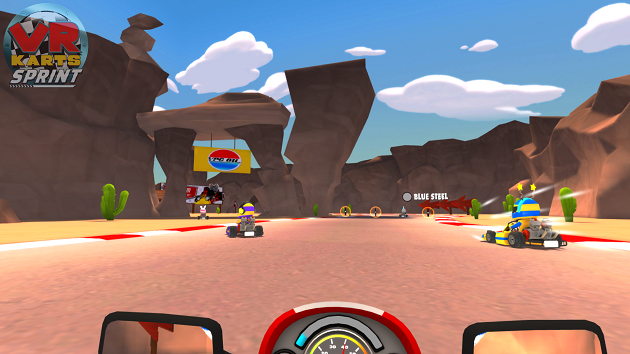 The Oculus Store for the Samsung Gear VR not only has regular weekly updates of new content, but its also been featuring limited time sales on some of the most popular titles. On offer this week is VR Karts: Sprint from Viewpoint Games, a single and multiplayer virtual reality (VR) racer.

As with all the flash sales on Gear VR VR Karts: Sprint is only available for 72 hours, until 8am PT on 5th, March 2016. The title has 33 per cent off its normal retail price, bringing the cost down to $3.34 USD.

VR Karts: Sprint has been available for the Gear VR since June 2015, and this year the studio has been busy adding further updates to the videogame as the headsets popularity grows. These updates have included new weapons, environments, customisation options and graphical improvements as well as various bug fixes.

VRFocus will continue its coverage of VR Karts: Sprint, reporting back with any new updates from Viewpoint Games.