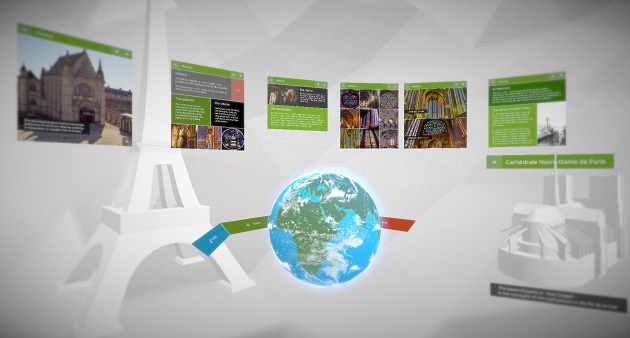 With the VR Force engine, the trial app which is available for Android, enables the addition for extra content to 360 degree videos available online. “As a result of augmentation we receive a new lightweight application to download on Google Play, in which the # 360Video movie is played from YouTube and the content is drawn down from the server. At the moment we can augment VR video commissioned by filmmakers in the B2B model and we are aiming at augmentation to be available for all users,” explains Piotr Kozinski co-founder of VR Drive in a statement.

Augmenting 360 degree videos enables them to be more interactive similar to a videogame experience. VR Force allows users to track specific areas adding ‘Hot-spots’ to the video. These work like anchors, in which additional content can be embedded inside, working like “virtual doors” between scenes of a movie. The Hotspots are represented on the video by points, which need to be looked at for a short time, opening the apps user interface. From here further information will be accessible for viewers.

And Pawel Tryzno, VR Drive’s CEO adds: “Augmentation can give us more than just a virtual tour. A producer of cosmetics may decide to put additional information on the products that in a video are visible on the shelf of the bathroom, as well as the owner of the marina we can glimpse through the window can put an offer for a diving course.”

VRFocus will continue to follow the progress of VR Drives projects closely, reporting back any further announcements.