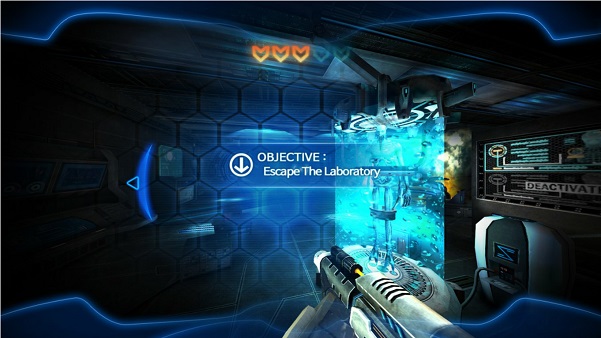 Back in May 2015 Skonec Entertainment launched Mortal Blitz VR: Lite Version, a demo of its upcoming virtual reality (VR) title that was on its way to the Gear VR mobile-based head-mounted display (HMD) first. Now that the consumer version of that device, created by Samsung and Oculus VR, is finally out the developer has launched the full version of Mortal Blitz VR onto the device.

Described as a ‘run-and-gun arcade shooter’, Mortal Blitz VR casts players as a special agent that finds themselves trapped in a secret research facility. There they will fight Teratoma mutants using weapons in order to survive as they search for a means of escape. It appears that the title is currently available for those that own one of the consumer-ready Gear VR smartphones (Galaxy S6, S6 edge, S6 edge plus and Galaxy Note 5), but isn’t appears on the Galaxy Note 4 edition just yet.

Earlier this month is was also confirmed that Mortal Blitz VR is on its way to the PlayStation VR HMD for PlayStation 4, which is due to launch in the first half of 2016.

VRFocus will continue to follow Mortal Blitz VR and all other virtual reality titles, reporting back with the latest updates on them.