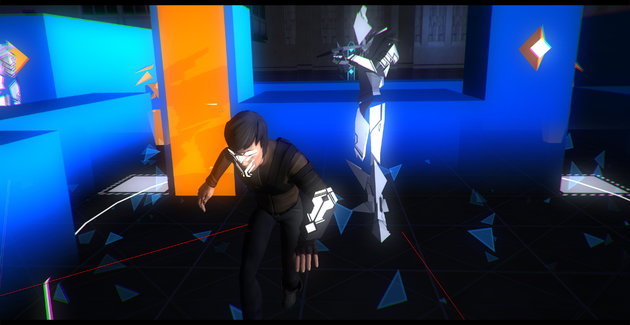 Last year UK-based indie developer Mike Bithell announced an expansion to his latest release, stealth title known as Volume. The new update, labelled Volume: Coda, will add in support for the PlayStation VR virtual reality (VR) head-mounted display (HMD) on PlayStation 4 for free and include some new levels along with compatibility for the old content. When recently asked about his feelings on VR as a whole, Bithell noted that he thought it will be ‘massive’ for the videogame community, and even revealed that he has kits for each of the major HMDs.

Bithell said as much talking to Kinda Funny Games on a recent episode of the PS I Love You XOXO podcast. “I mean it depends what you define as hit, right?” he explained. “I don’t think this is going to be like your gran’s going to go out and buy a PlayStation 4 in order to experience this stuff. But, like in terms of the games community, I think it’s going to be massive. I hope it is. I think the technology’s there, I think it’s something that is massively accessible and approachable and – we’re edging around NDAs – but the way that the hardware works, the way it just works, that aspect of it is really coming together because for a long time– I’ve got a house full of various stages of development of this VR tech from all three of them.”

By ‘all three of them’ the developer is referring to PlayStation VR and the two PC-based kits, the Oculus Rift and HTC Vive.

“And, you know, a year ago this stuff was, y’know, you had to be kind of– the wind had to be blowing from the North and you had to be doing this and everything was a bit shaky and a bit gaffa tape,” the developer later added. “But now these are really great, awesome pieces of tech that you’re proud to show off, proud to put them into people’s hands and, yeah, I’ve yet to show someone PlayStation VR and they’ve not been massively impressed.”

Volume: Coda is planned for release around the launch of PlayStation VR itself in the first half of 2016. Stay tuned to VRFocus for more on the project.

The post Volume Dev Thinks VR Will Be ‘massive’ for Gamers, Has All 3 HMDs appeared first on VRFocus.