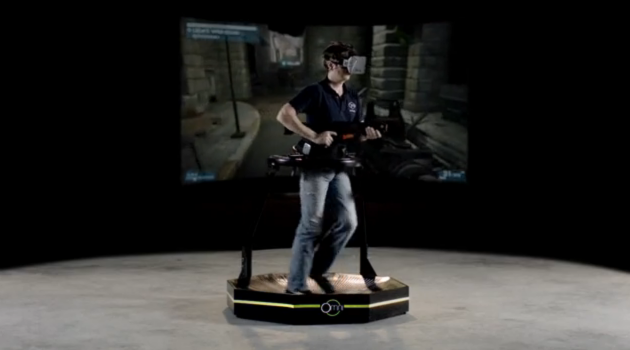 Those that have been following Virtuix and its omni-directional treadmill, the Omni, will know that just last week the company launched a new ‘testing-the-waters‘ funding stage in which the general public could invest in the company. Though launched as something of an experiment this new phase proved to be an immediate success, with the company raising some $5 million USD in the first 48 hours of announcing the concept. A week on and the company has now more than doubled that amount.

Virtuix announced today that funding through the mini IPO had now reached over $10.3 million. More than 1,250 people have invested in the company in this first week. The Omni itself began shipping to customers last month and is compatible with virtual reality (VR) head-mounted displays (HMDs) such as the HTC Vive, which it was on display with at last week’s Consumer Electronics Show (CES) in Las Vegas, Nevada.

“We are thrilled to see the overwhelmingly positive response to our testing-the-waters campaign,” said Jan Goetgeluk, Founder and CEO of Virtuix. “Our company owes its beginning to the support of the passionate virtual reality community. Now, with Regulation A, our customers and supporters may have a chance to buy shares in Virtuix alongside Silicon Valley venture capitalists and global institutional investors.”

For the latest on the Virtuix Omni, stay tuned to VRFocus.

The post Virtuix’s New Funding Round Now at $10 Million appeared first on VRFocus.