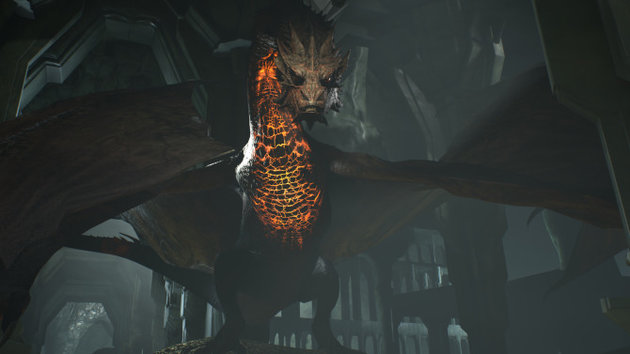 Taking place next month will be the annual Visual Effect Society’s (VES) awards, which honours professionals in the visual effects industries. The organiser of the event have now announced the nominees for the event with one of them being The Hobbit: Thief in the Shadows by Epic Games.

The Hobbit: Thief in the Shadows was originally revealed at the 2015 Game Developers Conference (GDC) by CEO Tim Sweeney, which VRFocus got a hands-on with at the time. The demo puts viewer’s inside Smaug’s lair atop the Lonely Mountain, watching the dragon appear from under the piles of gold coins before he goes into a monologue.

The title features in the Outstanding Visual Effects in a Real-Time Project category, alongside The Order: 1886, Halo 5: Guardians, Destiny: The Taken King and Assassin’s Creed Syndicate.

“The artistry, ingenuity and passion of visual effects practitioners around the world have come together to create truly remarkable imagery in a variety of media,” said Mike Chambers, VES Chair in a statement. “We are seeing best in field work that elevates the art of storytelling and engages the audience in new and innovative ways.  The VES Awards is the only venue that showcases and honours these outstanding artists across a wide range of disciplines, and we are extremely proud of all our nominees!”

The 14th Annual VES Awards will be held on 2nd, February 2016 at the Beverly Hilton Hotel, California, and VRFocus will be following any further updates involving the awards and virtual reality (VR) closely, reporting back any announcements.

The post The Hobbit: Thief in the Shadows Receives Nominations for VES Awards appeared first on VRFocus.