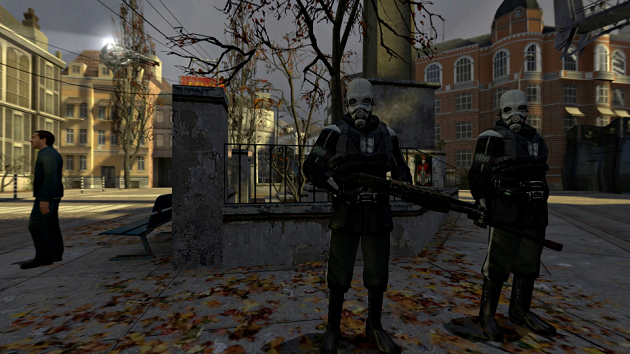 When Valve unveiled its first SteamVR virtual reality (VR) head-mounted display (HMD) in the HTC Vive earlier this year the company faced an obvious question; could a new entry in its beloved Half-Life series make its way to the device? The company has since suggested time and time again that this won’t be the case. In a more recent interview the team’s Ken Birdwell has suggested that a Half-Life VR videogame would ‘fatigue’ players within five minutes, although it’s possible that the company uses the series’ fiction to build a new kind of experience.

Birdwell suggested as much in an interview with Game Informer for its new VR issue. “We’re still in that mode of trying to figure out what we do with this,” the developer stated on subject of the HTC Vive. “We have endless experiments, and they’re neat things, but we still have to figure out how we put this into a narrative. How do we pull the player through this immersion? If players actually did all of the actions from Half-Life in VR, they’d be fatigued in five minutes. It doesn’t mean we can’t use that fiction; we just have to figure out a new way to approach it.

It sounds as if the fabled Half-Life 3 – if it’s ever revealed – wouldn’t support VR then, but perhaps some sort of Half-Life VR spin-off is possible. Valve is already using its stable of IP to showcase VR’s potential. Back at the 2015 Game Developers Conference (GDC) in March the company unveiled a Portal-based experience set in the Aperature Science labs, making full use of HTC Vive’s Room Scale user-tracking and position-tracked controllers. Since then a DOTA 2 VR demo has also been revealed. Again, these aren’t full videogames for the tech, but hopefully they could grow into something more.

The HTC Vive was recently confirmed to be launching in April 2016, with pre-orders going live in February. VRFocus will continue to provide the latest coverage on the kit and any possible signs of Half-Life VR.