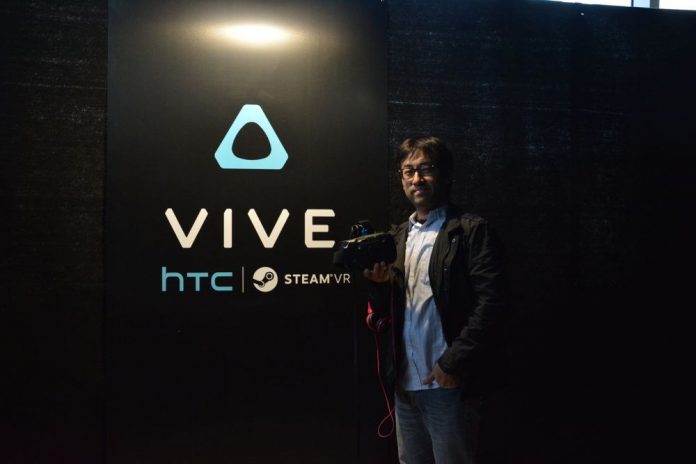 Virtual reality (VR) fans will recall earlier this year when Oculus Rift head-mounted display (HMD) creator Oculus VR changed logos. The company moved from an image of an eye to the minimalist circle shape that now dons every new piece of hardware and software the company puts out. This week the Oculus Rift’s main rival, the PC-based HTC Vive, has also refreshed its branding with its own logo that can now be seen below.

Saydigi has plenty of new images of the new logo (seen above), which resembles a triangle. The new look was revealed at a recent event in Taipei, Taiwan. HTC itself is yet to officially comment on the decision to revamp its kit with new branding, though it does follow several new announcements for the device made this month. Expect to see this logo carried through to 2016’s vast event line-up, starting with the Consumer Electronics Show (CES) from 6th – 9th January.

It was recently revealed that the HTC Vive will now be launching in April 2016. Fans originally hoped to see a limited launch of the device before the end of the year with a wider rollout in Q1 2016, but will instead have to settle for pre-orders opening in February. A price for the device is yet to be set.

VRFocus will continue to follow the HTC Vive closely, reporting back with the latest update on the kit.