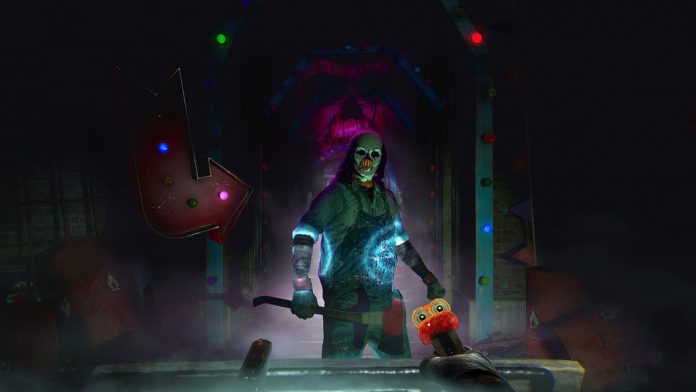 If you’ve been reading VRFocus over the last few weeks you’ll have seen the deluge of virtual reality (VR) news coming from some of the major companies including Ubisoft, Bethesda, Microsoft and Electronic Arts (EA), who all held press conferences detailing upcoming videogames and hardware prior to this month’s Electronic Entertainment Expo (E3), Los Angeles. Sony Interactive Entertainment (SIE) held the last publisher show on the roster, with a showcase confirmation of new VR titles heading to the PlayStation VR head-mounted display (HMD). But for those interested in content available at launch, two previously known projects Tumble VR and Until Dawn: Rush of Blood will both be available, having been confirmed on PlayStation.Store.

Both titles are the work of British indie studio Supermassive Games, with Until Dawn: Rush of Blood a VR version of its popular PlayStation 4 title Until Dawn, which released in 2015.

Until Dawn: Rush of Blood takes players on a scary rollercoaster ride where all manner of evil creatures and nasties attack the player. Supermassive Games has got round the problem of locomotion in VR by sitting players in a fairground ride cart, thus reducing or negating motion sickness plaguing some VR experiences.

While Tumble – only revealed a couple of months ago at the Game Developers Conference (GDC) 2016 – is a first-person puzzle game that aims to test mental and physical dexterity as the player completes a series of tasks to solve increasingly challenging puzzles. Tasks can range from building towers to creating bridges, working out mind melting puzzles, and blowing up enormous towers of blocks.

The PlayStation VR is scheduled for release on 13th October 2016. Recently Artefacts Studios and Microids announced Moto Racer 4 would be heading to the head-mounted display for launch, along with numerous other titles including Rez Infinite, Mortal Blitz and Rebellion’s Battlezone. As further content details are released for PlayStation VR VRFocus will bring you the latest.