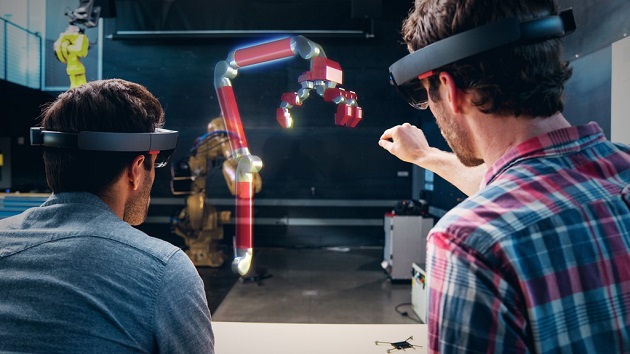 Looking at the hubbub of the city, I have had this realization many times: how vivid and complex every life is and how every man has his own perception. The same bleak island could look like an adventure to you and a death trap to me. Everyone has their own sense of reality. Versions of reality. Though, now some foreign versions of reality have also begun to find their place in this world. Be it virtual reality, augmented reality, or mixed reality.

I distinctly remember what my mother said when she first learned of virtual reality: “That’s it. This is the end of the real world.” She did have a point. The reality sucks. The choice between a virtual world of pleasure and the real world could actually surface. Would you opt for a life with no pain and no connection to the reality? Will virtual reality overtake our physical reality?

You can discuss and debate the fate of virtuality in our lives all night long. But I urge you to first debate if we have reached there yet and if there is another possibility. You know VR is such an immersive experience. But is it? I presume you have had the pleasure of experiencing virtual reality. I personally love to watch someone react to their first VR experience. We gave a VR product demo on our booth in the SME conference in 2015. And we saw so many people go “wow” when looking at heavy equipment through a Samsung Gear VR headset. That’s what convinced me of the potential in VR and I decided to venture into virtual reality. But then the whole Silicon Valley sees it as a goldmine. “VR is so awesome,” they would chant. For some, it might turn out to the fool’s gold though.

This immersion is tricky. The artificial sights, motion, and sounds could feel exhausting. For now, VR is indeed a trip just for your head. Hand-held controls are coming up though. And they would help you navigate the virtual world. VR hardware strives for a seamless integration.

What if VR still feels like a prison to you, or you run into walls trying headsets? Well, Virtual Reality’s not-just-immersive sister Augmented Reality is waiting for you, or perhaps you should be waiting for her. Technically, AR is a superset of VR. So, AR is rather the mother.

The best part about AR is that it is an aid to navigate the real world and not another world itself. AR augments your physical surroundings with digital information instead of replacing it. But our current technology isn’t capable of giving us an ideal AR experience. AR is still a futuristic tech. But that’s another discussion.

For now, immersion is here. Maybe if we get used to the idea of it, immersion won’t feel like prison. That can happen only if VR becomes a part of our life which we can’t avoid. And VR is set on that path. The use cases of VR are far more than in just gaming.

Sit back in your chair; let virtuality unfold and wrap you inside its tentacles. Relish in the revel.