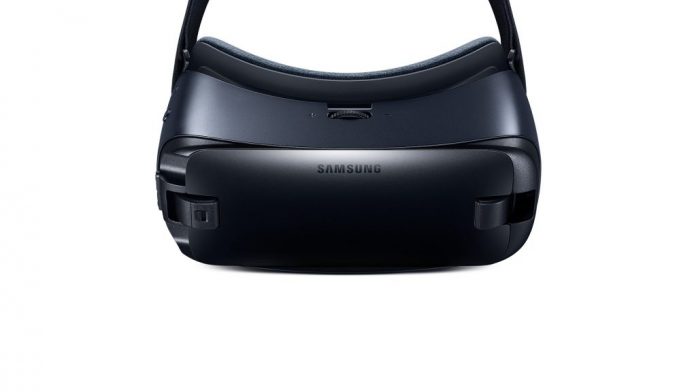 There were plenty of rumours spread around in the lead up to the reveal of the newly announced Samsung Gear VR, and it turns out that they were pretty much 90% accurate, which is a nice surprise for all of those following the latest updates. For those of you who have just missed the action, Samsung just finished with its Samsung Galaxy Unpacked where the newest Gear VR, Galaxy Note 7, and all its details were announced. But, even though these announcements should have been chunky bits of news to sink our teeth into, it seemed more like empty calories for the sake of it.

There’s no doubting that the consumer Gear VR did very well in establishing itself as the top commercial mobile-based head-mounted display (HMD), and with this latest announcement from Samsung it seems clear they want to remain at the top – even if they really haven’t done much to do that. All that consumers can benefit from is the compatibility with the Galaxy Note 7 as well as all the previous phones the consumer Gear VR could work with, two buttons instead of one, and a wider view field of view (FOV) by 5 degrees. Not to sound ungrateful, because the Gear VR truly is a lovely piece of tech, but there could have been more oomph to the announcement to have really ramped up the competition. Instead, it all seems a little stale.

Lack of new features aside, the key part to note is that by creating a new HMD, Samsung is fulfilling different goals. This seems to mean more for the foundation of VR and Samsung’s firm place as leader of the mobile pack rather than producing a new piece of kit for consumers. With this new Gear VR, Samsung is putting effort into the future and sustainability of its relationship with Oculus VR. And this isn’t necessarily bad if there wasn’t, well, a major game changer on the way.

With Google’s Daydream just round the corner, there’s no telling if the Gear itself will be able to keep its place at the top of the leader board. It is certainly a balance between the longstanding and established HMD vs. the new and different tech that isn’t anchored to one certain company. Despite the news phones and HMDs, the true competition really does still stand, and Daydream’s positives remain to stand tall above the Gear VR. This announcement could almost seem like just saving before a boss battle, rather than replenishing health and upgrading weapons.

It won’t be long until this battle truly goes underway, and it’ll be interesting to see if Samsung has more up its sleeve to parry the damage Daydream will no doubt have on the Gear VR. The real trick would be if Samsung could pull the rabbit out of the hat and make a Daydream ready phone to remain relevant and dominant, but Samsung may remain loyal to itself and its own brand.

Other than that, it was a pretty good show as usual.