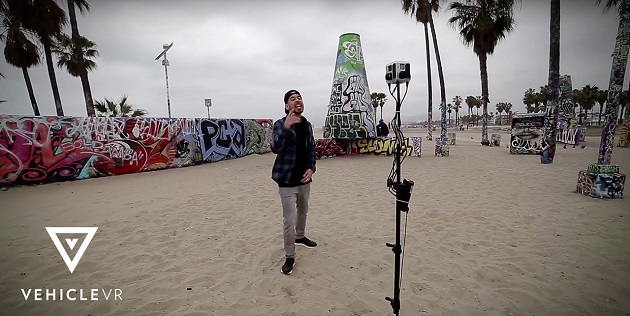 While there are production studios like Felix & Paul who are solely focused on creating virtual reality (VR), 360 degree video content, other studios are creating subsidiaries to handle the task. Award-winning production studio The Uprising Creative has announced the launch of a dedicated VR content studio called, VEHICLEvr.

VEHICLEvr will focus specifically on the creation, development, production and direction of original and branded VR content, as well as providing high-end VR production services to its partner companies. The new studio launches with a roster of directors including Jeff Nicholas as Managing Director and Head of Development, EP and Head of Production Jonathan Craven, Justin Hantz, Dan Huiting, Alexander Thompson and VP of Partnerships and Experiential Brian Schopfel.

“Right now, VEHICLEvr is under NDA on at least 10 projects that are already in the pipeline, and that was all pre-launch,” Schopfel confirmed in a statement. “Across our original and partner-based projects, we have several that will be dedicated to different technologies and distribution platforms. We are putting serious resources into making original and branded VR content that will define the future.”

While Nicholas said: “Virtual reality is the really special place where technology and empathy collide. It creates an immersive universe for storytelling unlike any that has come before it. With VEHICLEvr, we are creating a home for our directors, producers, makers, and creative partners to explore and create VR content largely unencumbered by deadlines and clients; we’re writing the rules as we go.”

The studio currently has a wide array of new VR projects in development for numerous sponsorship, production and distribution partners. Its upcoming slate spans shorts to original series and features, from comedy and sci-fi to music and food-based projects.

VRFocus will continue to follow the progress of VEHICLEvr and its upcoming projects, reporting back any further announcements.