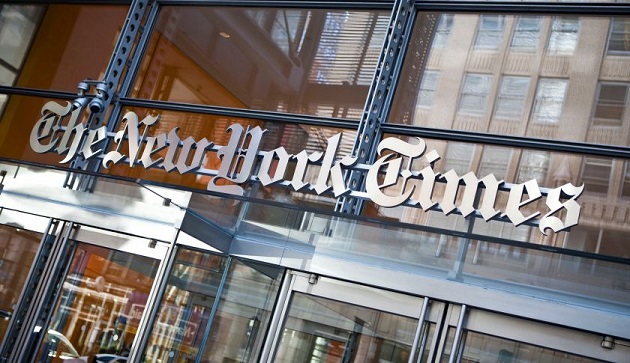 The Google Cardboard head-mounted display (HMD) has been a great success for the internet giant. The cheap, simple design has enabled almost anyone with a smartphone the ability to experience virtual reality (VR). The design has been copied by numerous imitators as the specs were made freely available online, and Google has partnered with a number of companies to give away the HMDs through various promotions. The most recent being the announcement that the company has teamed up with the New York Times (NYT) to give all of its subscribers a free Cardboard HMD.

The promotion is to coincide with the launch of the NYT VR app, which will deliver a series of VR short films over the coming year. The app will launch on Thursday 5th November 2015 for iOS and Android, and on that weekend a free Google Cardboard will be delivered to all the papers subscribers, which it recently revealed totalled 1.1 million.

The first VR title to be available on the app will be The Displaced, a documentary that follows the lives of three refugee children from South Sudan, eastern Ukraine, and Syria.The VR film was produced in collaboration with Vrse, a leading VR production company founded by Chris Milk.

Apart from subscribers, the HMD will also be available to members of the Times Insider loyalty program as well as a number of digital subscribers, that they can redeem via a promotional code sent by email.

VRFocus will continue to report on the latest news regarding the Google Cardboard, as new details emerge.

The post The New York Times Offers VR Through Partnership with Google appeared first on VRFocus.