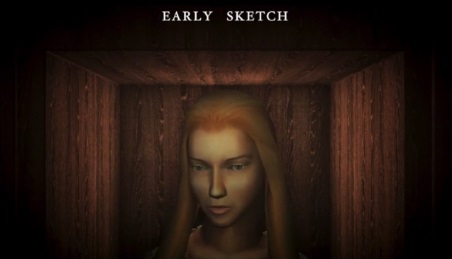 Last year saw Belgium-based developer Tale of Tales raise $67,636 USD to work on its latest videogame, Sunset. Sadly, poor sales for the experience led to the team announcing its exit from videogame development earlier in 2015. However, Tale of Tales is bouncing back with a brand new project this month that’s set to see full support for virtual reality (VR) technology. The company has launched a new Kickstarter crowd-funding campaign for Cathedral-in-the-Clouds, a new virtual art project that’s set to be released entirely for free.

As many will know, Tale of Tales consists of the wife and husband team of Auriea Harvey and Michaël Samyn. For their latest project, the pair have been inspired by the surroundings in their hometown town of Ghent, Belgium. As such, the studio is working on a series of virtual sculptures that will be housed inside a virtual cathedral that can be explored in VR. This cathedral will be ever-expanding, and the works on display will depict dramatic events for the viewer’s contemplation. They can also be viewed individually on other platforms such as tablets.

“Despite of being atheists, we can’t help being intensely moved by some of the religious art made during the Gothic and Renaissance period,” Tale of Tales notes on its Kickstarter page. “These experiences can’t convert us to Christianity but they do make us think about universal themes as kindness, self-sacrifice, patience, empathy, love, and so on. We feel they make us better people. These experiences are intense and often accompanied by tears. And they last! They stay with us, become part of us, tremendously improve our lives on this planet.”

The developer is looking to raise €35,000 EUR for the project by 18th November 2015. As always, though interested can pledge certain amounts of money to get special rewards such as a visit to Tale of Tales’ home studio and even have one of the cathedral’s virtual statue s made in their image.

Though the campaign page doesn’t mention any head-mounted displays (HMDs) by name, the Oculus Rift’s second development kit (DK2) is seen in a video. Fans will remember that Tale of Tales had once considered support for the Oculus Rift in Sunset, though this ultimately didn’t work out.

VRFocus will continue to follow Cathedral-in-the-Clouds‘ progress, reporting back with the latest updates on the projects.