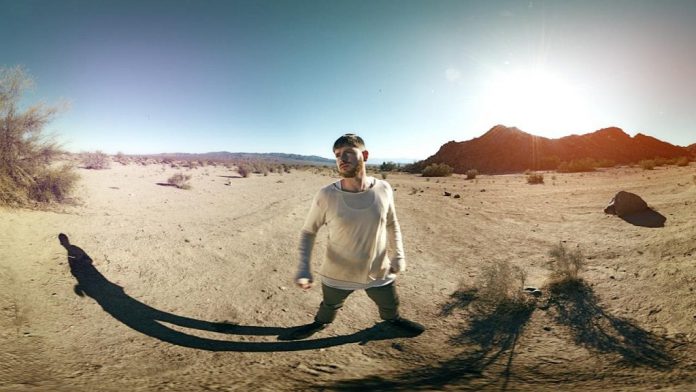 Over the past year or so music video directors from around the world have been utilizing 360-degree video as a new way of engaging fans with artists work. This isn’t just about recording video in 360-degrees but also the sound as well, and recently visual effects and content creation studio The Mill, alongside audio post production & creative content studio Aurelia Soundworks have created virtual reality (VR) project Does Not Exist.

Featuring the talents of beatboxer Reeps One, Does Not Exist is a spatial audio experience that showcases head-tracked 3D sound, a feature recently made available within the YouTube mobile app.

Co-Director Gawain Liddiard of The Mill said, “Aurelia came up with the concept of this 360 music video that would not only involve changing environments and hearing how those different environments affect the sonic qualities, but also playing with the concept of where we’re hearing the sounds from. The piece is designed to push those technical aspects, but also experiment with what’s possible in VR.”

“The range and flexibility of beatboxing is perfect for exploring the possibilities of sound and performance in VR,” Co-Director John Hendicott of Aurelia Soundworks said. “While the piece is sound-led, I knew the visual component would also be a considerable creative and technical challenge. We set about tackling these problems with The Mill and discussed how certain audio effects could be married visually using a range of techniques. Like all good creative projects, one discipline informed the other and fairly quickly we had developed a framework for Reeps to play within.”

Does Not Exist can be viewed below, but for the best experience enjoying the spatial audio watch on the YouTube app with a pair of decent headphones and a head-mounted display (HMD) such as Google Cardboard, Merge VR, Zeiss VR One and many others.

VRFocus will continue its coverage of the latest 360-degree music videos, reporting back with the latest releases.