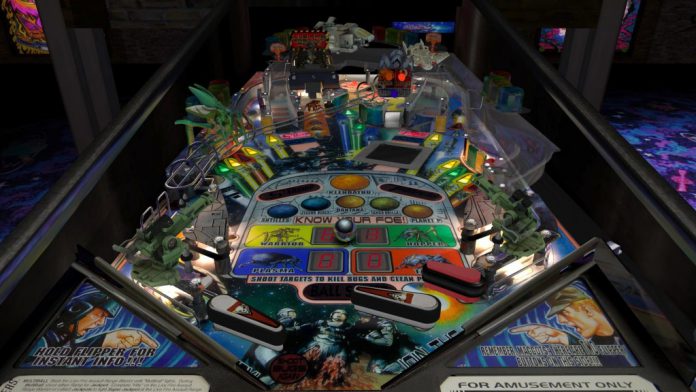 Created by FarSight Studios Stern Pinball Arcade is a virtual reality (VR) videogame that puts players in control of VR pinball machines. The title was created in collaboration with Stern Pinball Inc., one of the oldest manufacturers of arcade style pinball machines and their original table designs have inspired the ones created for the game.

Stern Pinball Arcade was released on Samsung Gear VR earlier this month where the main title is available for free, but players are also given the option to purchase themed tables including Star Trek for $9.99 USD, Ripley’s Believe it or Not for $4.99 and Starship Troopers for $4.99. all of which are popular recreations of Stern Pinball titles. These themed tables are undoubtedly one of the biggest highlights of the title and we have brand new screenshots below that will let you see how each of them looks.

Though it’s only available on Samsung Gear VR at the moment, The Stern Pinball Arcade will also be released on more platforms later this year, including Oculus Rift, PlayStation 4, Xbox One, Steam, iOS and Android. VRFocus will continue its coverage of the title and report back with news as it becomes available.