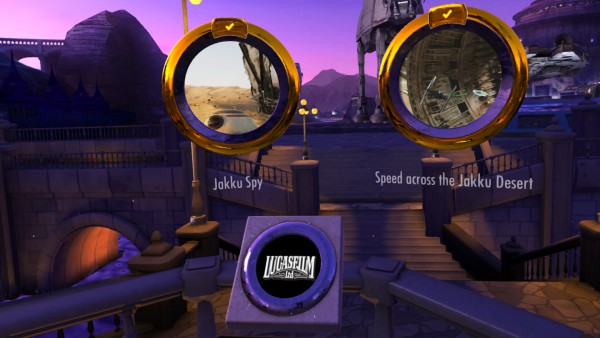 Disney has been stepping up its use of virtual reality (VR) recently and the latest addition to its experiences is Disney Movies VR, a VR release that gives users little tasters of what it could be like to step into one of their favourite film moments.

The latest Disney VR instalment has a selection of some of its most popular movie scenes for users to explore using the full ability of the HTC Vive head-mounted display (HMD). The selection ranges from studios such as Disney itself, to other partnered and bought studios such as Marvel and Lucasfilm, meaning scenes from Captain America in  and Star Wars in the Jakku Desert will be featured alongside the likes of the newest movie release, The Jungle Book, where you can experience what it is like to be around the massively intimidating King Louie. Users will be able to walk around these multiple scenes and interact with the characters that make appearances in their natural environments. As stated on the description of the VR experience, “Disney Movies VR is your ticket to full immersion into the many Disney experiences optimized for virtual reality.” As well as the scenes the application also features interviews and premieres for those who want a deeper look into the making of the films.

The movie and animation company has, as previously said, made a push forward in the world of VR. Previously to come from Disney is the VR Star Wars experience, Star Wars: Trials on Tatooine, where the user gets transported into the popular world created by Lucasfilm to take on objectives and missions that are very much alike those in the films and the player even gets to wield a lightsaber.

The Disney Movies VR experience is currently available on Steam for free.

Check back with VRFocus for the latest HTC Vive releases as well as news and updates in the world of VR.