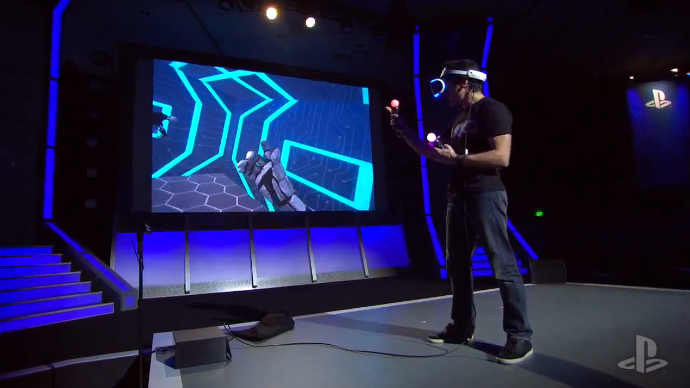 PlayStation Experience, Sony Computer Entertainment’s (SCE’s) fan event for the PlayStation 4 and beyond, is now well underway. PlayStation VR is now taking to the stage of an opening keynote conference, and SCE has brought along a brand new demo to showcase.

PlayStation VR’s final price and release date haven’t yet been announced, though the device is expected to launch in the first half of 2016. It consists of a 1080p OLED display that can ‘reproject’ videogames in 120fps with its 120Hz support. Such titles can run natively at 60fps on the PlayStation 4 itself, taking some of the pressure off of developers to meet the demanding requirements needed for a smooth VR experience.