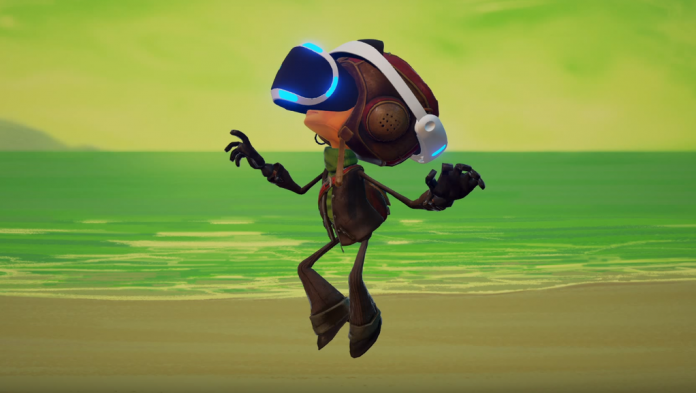 The 2015 PlayStation Experience, Sony Computer Entertainment’s (SCE’s) annual fan event, is now well underway. The anticipated opening keynote conference is going on right now and it’s finally time for some new on the PlayStation VR virtual reality (VR) head-mounted display (HMD) for PlayStation 4. The company has now announced that Psychonauts in the Rhombus of Ruin will be making its way to the kit in the future.

This is an all-new title that’s set to be exclusive to PlayStation VR. To be clear, it’s not Psychonauts 2, which was announced earlier this week at The Video Game Awards.

PlayStation VR was first revealed all the way back in March 2014 under a codename of Project Morpheus. The final version of the kit was unveiled a year later and the name PlayStation VR was given to it at the 2015 Tokyo Game Show (TGS). A full price and release date for the device is yet to be announced. It boasts a 1080p OLED display with a 120Hz refresh rate. This can be used to ‘reproject’ titles that are running at 60fps natively on console in 120fps in-HMD. A 90Hz option is also available.

VRFocus will continue to follow PlayStation VR and all of its compatible titles closely, reporting back with the latest updates on it.

The post Psychonauts in the Rhombus of Ruin Confirmed for PlayStation VR appeared first on VRFocus.