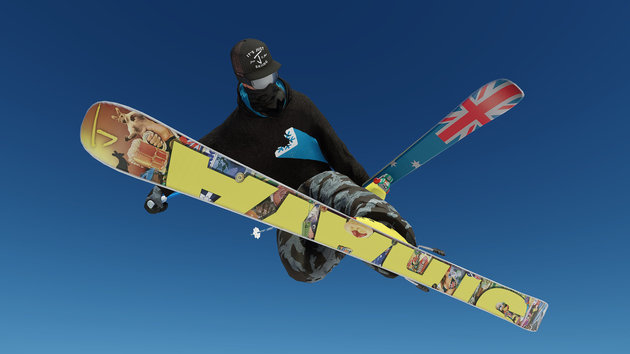 All the way back at Gamescom 2014 it was confirmed that SNOW, a virtual reality (VR) compatible winter sports videogame from Swedish developer Poppermost, would be coming to the PlayStation 4. At the time it wasn’t confirmed if the title would support the PlayStation VR head-mounted display (HMD), despite support for the Oculus Rift already being implemented into the PC version of the title, which is now available on Steam’s Early Access system. This week, however, it’s been confirmed that the title will be getting PlayStation VR support.

Poppermost CEO Alexander Bergendahl confirmed as much in a recent interview with Wccftech. Asked if the company planned to add support for the upcoming HMD to the consoler version of the title, the CEO replied: “For sure! We’ve been working a lot with various VR devices and have some initial implementation already live in the Closed Beta.” It’s not yet clear when the PlayStation 4 version of the experience will be arriving. The Open Beta for the title, meanwhile, will be arriving on 27th January 2016.

SNOW is set to be a free-to-play, third-person experience in which players can travel down a massive mountain with their own customised characters. Future updates for the title plan to add snowboards and snowmobiles as well as dynamic jumps and prop placement. Just when the title will be deemed fit for a full release and moved out of Open Beta is currently unknown. As for PlayStation VR, the HMD currently has a wide release window of H1 2016, with a full release date and pricing yet to be confirmed.

For the latest on SNOW, check back with VRFocus.