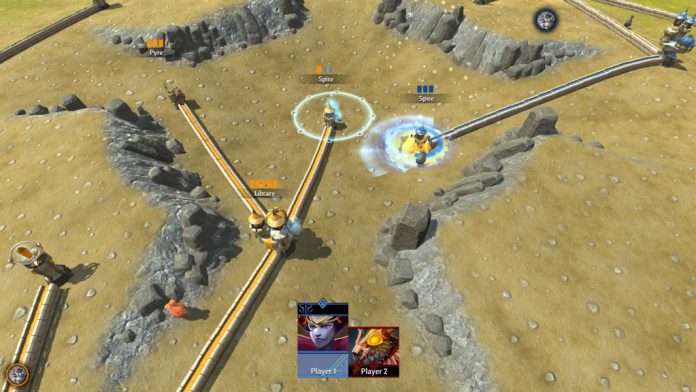 Siegecraft Commander takes a different stance to other tower defence titles where players have to destroy an enemy base whilst defending their own. The video begins by explaining the importance of your Keep, being central to your defences and if its destroyed that’s it, you lose. When you build your defence towers you’ll also build a wall, which interconnects all the towers together. The walls length and direction can then be varied before placement.

It’s through this method that players then expand into the map and eventually attack the enemy keep. Should a wall be destroyed and a tower is no longer connected to the players keep it’ll also suffer the same fate.

Towers take the form of either defensive or attacking so careful placement is required. Players will also need to gather resources located around the map, these have a highlighted catchment area in which a tower must be placed.

Blowfish Studios has confirmed Siegecraft Commander will launch in Q3 2016 for both headsets, as well as Xbox One, PlayStation 4 and PC. There will also be cross platform support so VR and non-VR gamers can fight against each other.

VRFocus will continue its coverage of Siegecraft Commander, reporting back any new announcements.