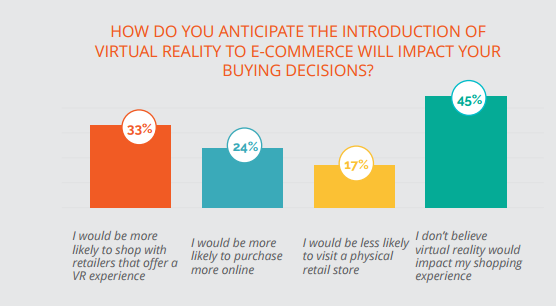 There isn’t really any doubt that virtual reality (VR) has already begun to find a place in the retail sector, with stores adopting the technology to draw in customers and market products in new and exciting ways. Thus far, the majority of VR retail experiences have taken place in the shops themselves but as VR begins to hit its consumer stride it’s highly likely we’ll see retailers attempt new ways to reach shoppers who have their own headsets at home.

VR could prove to be an excellent platform for retailers to advertise on, whether they’re selling shoppers clothes or holidays. There’s no doubt that advertising will quickly turn VR headsets into immersive shopping platforms. In fact, it’s already happening.

One of the most recent examples of this is the launch of the OnePlus 3 smartphone. In an effort to do something different and promote its new handset as well as its Loop VR headset, OnePlus is making the launch of its new phone a completely virtual experience and only those who have access to a VR headset will be able to watch the launch and purchase the smartphone as it’s revealed. This unusual move has resulted in an outcry for access to Loop VR headsets and we recently reported that in response OnePlus has partnered with Uber in India to deliver free headsets to customer homes so that they can watch the launch of the OnePlus 3.

Making a VR headset a requirement just to watch the launch has given the event an attractive technological exclusivity and it’s highly likely OnePlus will actually end up attracting more viewers than they would have without making the VR headsets a requirement.

Shoppers in the US are already preparing for an increase in scenarios such as this with 74% of them anticipating that VR will have an impact on what they buy according to Business Insider and a recent survey from Walker Sands.

However, despite shoppers anticipating that they’ll be less likely to visit physical stores and companies such as OnePlus using VR to replace the need for a physical store, Business Insider reports that some high-end retailers such as Dior and Tommy Hilfiger are actually using the headsets to keep people in their physical shops and drive up sales by offering  in-store VR fashion experiences.

Despite its prevalence in the gaming world, VR undoubtedly offers many other content opportunities in the wider entertainment industry and the retail industry. In a detailed report, Business Insider anticipates that despite facing some hurdles in developing experiences worthwhile enough to attract a wide user base, VR is likely to be in high demand with mobile and console gamers and that as demand for headsets increases the platform will have interesting content potential for many industries, from travel to e-commerce.

As more companies integrate VR into the shopping experience, VRFocus will report back with the latest developments.