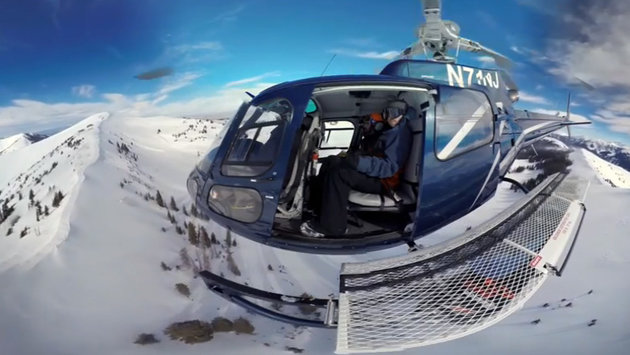 While there are plenty of developers creating videogames for the kit, both Samsung and Oculus VR are keen to highlight that the Gear VR mobile-based virtual reality (VR) head-mounted display (HMD) isn’t just for play. It can also be used for a wide variety of other experiences, including watching 360 degree video content. Samsung itself has made a big push for this type of experience, launching a 360 degree video streaming service known as Milk VR early last year. Milk VR continues to have new content published on its platform, and Samsung itself has recently reveal the top five most popular videos for the service.

To be clear, this consists of the most watch videos on Milk VR. The list starts off at number five with the first episode of GONE, a new VR series from Samsung, Wevr and Robert Kirkman’s Skybound Entertainment. This debut, which sees a mother search for her missing daughter, launched on 8th December 2015 as did a tutorial on how to view the content, which takes the fourth spot. Number three, meanwhile, was taken up by The Martian VR Experience from 20th Century Fox Innovation Lab and MPC, a 360 degree event to promote last year’s sci-fi epic from Ridley Scott starring Matt Damon.

The second spot is given to Samsung Australia and Rapid VR’s The Dive, set off of the coasts of Australia in which players will get a close encounter with a Great White Shark. The top spot, however, belongs to Dew VR Snow, a snowboarding video from Mountain Dew and First Born. The live-action experience sees viewers travel with Olympic snowboarders Danny Davis and Scotty Lago in Utah. All of the above videos and other Milk VR content can either be streamed or downloaded from within the kit’s app.

For the latest on Milk VR and all other experiences for Gear VR, keep reading VRFocus.