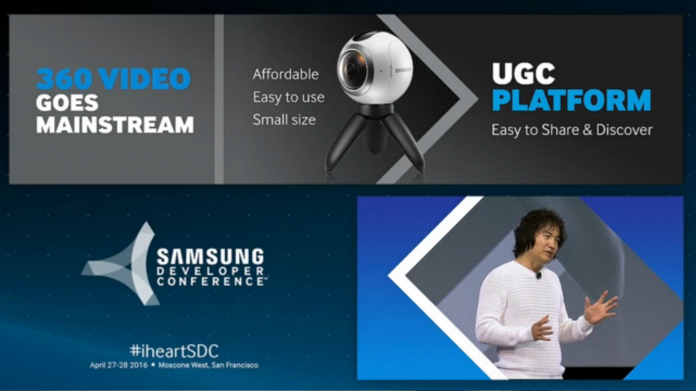 Today, Samsung Electronics America has dropped a few new virtual reality (VR) implementations and products that will build up a more well-rounded world for its technology. Samsung has launched Samsung Creators, an ecosystem for content devs, Samsung VR, formally known as Samsung Milk VR, and there is also the launch of the Samsung Gear 360 camera in the US.

Samsung Creators is a new scheme made by the tech company to empower storytellers in particular within the VR space, creating a more personal connection as they partner up to generate content across different channels and audiences. Samsung will have its chance to show off this new initiative at VidCon, where they will hold seminars and classes. There will also be the pushing of 360 video boundaries on YouTube with the help of Casey Neistat, which will also premiere at VidCon.

“We want to bring the power of VR technology directly to the people,” said Samsung Electronics America’s Chief Marketing Officer Marc Mathieu in a press release. “To help creators learn and perfect the art of VR storytelling, we’ve built an entire VR ecosystem that pushes beyond the frame and empowers them to develop unforgettable, immersive stories, and inspires us all to do the same.”

In July Samsung Creators will launch a competition which will ask filmmakers and creators to develop VR and 360-degree content using Samsung’s VR products, and 10 winners will be chosen from categories such as music, auto, science and tech, gaming, travel, fashion, culinary, cause-related, 4D, and sports.

The other launch that occurred today was that of Samsung VR, formally dubbed as Samsung Milk VR, a platform for creators to share and view VR content on the Gear VR mobile-based head-mounted display (HMD).

Lastly was the launch of the Samsung Gear 360, a 360-degree video camera, which is priced at £349.99 USD in the US. Availability will be limited during VidCon in California, where all of these announcements will be put in the limelight. There will be more information on availability later in the year.

For more on these announcements, as well as the latest news and updates in the world of VR, make sure to check back with VRFocus.