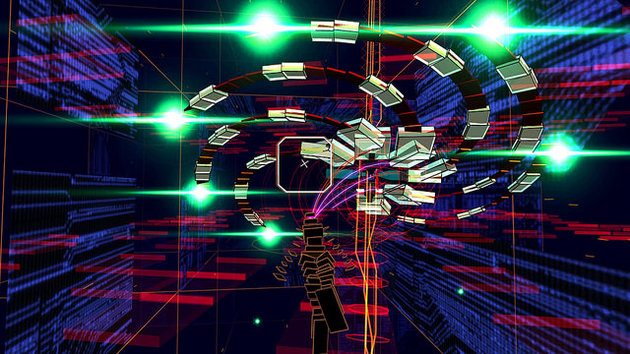 In amongst the host of PlayStation Experience announcements today was the revival of a cult classic on-rails shooter, Rez. Enhance Games President and CEO Tetsuya Mizuguchi took to the stage of the show to announce Rez Infinite, an updated version of the 2001 original with a host of new features, including support for the PlayStation VR virtual reality (VR) head-mounted display (HMD). Now the creator of the original has stated that that initial release was labelled as ‘ahead of its time’. With VR on-board, however, Mizuguchi believes VR’s time has finally come.

The developer explained as much over on the PlayStation Blog following the announcement. “Well, to be honest, when the original Rez came out back in 2001, not everyone understood what we were trying to do with the game — but the few people that did “get it,” really got it. A dedicated and steadily growing number of fans called it visionary. Revolutionary. Ahead of its time.

“With Rez Infinite, I feel like that time has finally come.”

He continued, explaining that the decade and a half since Rez‘s release is has enabled the team to bring it to a new generation. “Now, almost 15 years later, it feels like the perfect time to introduce our game to a whole new generation of PlayStation hardware, and to a new generation of gamers, who I know are more open to experiences that don’t fit the traditional molds (and with today’s more flexible game pricing at retail and online, at a price that we can all feel good about).”

Rez Infinite boasts 120fps gameplay with PlayStation VR’s reprojection along with 1080p resolution and more. The videogame will be playable at PlayStation Experience this weekend. VRFocus is at the event to provide coverage on all VR titles.