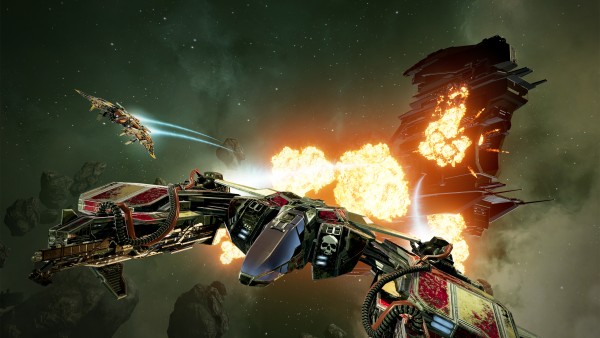 Last week during EVE Fanfest EVE: Valkyrie was one of the most popular titles, and despite the virtual reality (VR) space shooter only just taking off, it has made a big enough impact for the world’s third best Valkyrie pilot, QuantumDelta, to generate an audience for his talk How to be a Better Valkyrie.

The first point QuantumDelta touched on comes from a practical standpoint, talking about the positioning of your head-mounted display (HMD) and how it will decrease the quality of your ability to become a good Valkyrie: “Make sure you’re comfortable. If it’s out of focus and your brain is struggling, especially in VR, it will make you slower.”

Next was the discussion of the best ship to play with, and even though it may sound basic at first this topic is often deeply debated and his audience listened in closely. QuantumDelta started by advising, “Pick out a couple of different ships until you know what you love flying.” He went on, reassuring the audience, “Some of the ships may seem rubbish to you but I promise they’re not. There are no ships that serve no use, they are niche.”

QuantumDelta  started to then enter the topic of strategic gameplay and how to avoid essentially button smashing and misdirected flight. “This is the nitty gritty stuff that may go over people’s heads. In very fine throttle control is the thing that makes you king. If it looks like a big circle fight between players, there are always changes of speed. People may think you’re joining in on a big circle fight, but that isn’t good.”

Flight mechanics play a massive role in EVE: Valkyrie, and QuantumDelta went into more detail with VRFocus: “Things to bear in mind from here are; pursuit curves (lining shots up on people), displacement rolls, turn circle geometry, circle flow to a degree, then of the manoeuvres with diagrams; barrel roll attack (though, brakes have to be used to simulate gravity and if your opponent brakes as well this won’t work), high and low yo-yo, lag roll, and the scissors manoeuvres to a degree. 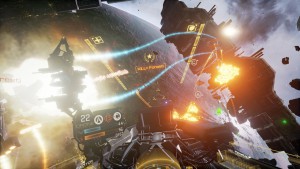 “The most important manoeuvre for Valkyrie no diagram exists for – Guns Defence. In real life Guns-D is actually a pretty crappy manoeuvre because although it limits the amount the opponent can line up on you it still lets them line up on you on occasion, which in a real jet fighter vs guns is likely to be deadly. In Valkyrie though, the fighters can take a bit of a pounding, on shields, and then on their armour before things start breaking.

“All the other manoeuvres are about attacking, Guns-D is about surviving long enough to turn a bad position into one of those attacks the reason it works so well is because of Valkyrie‘s arcade-y physics model, it focuses far more on skill and playability, which is why ‘real’ air combat manoeuvres work.” 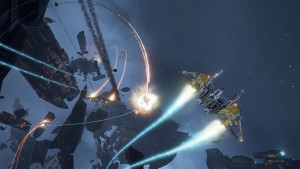 Although, as explained above by QuantumDelta, Valkyrie‘s physics can mimic real life flight, there are still things to consider as it is still a videogame: “The only two things you have to bear in mind when comparing it to ‘real’ fighter combat are: there’s no gravity, a lot of aerial combat manoeuvres are about manipulating your potential energy from a more physics perspective in order to get yourself an advantage – for example, if you pull up you will go a lot slower and turn a hell of a lot tighter; and you can’t stall, so it’s a little more forgiving than a real dogfight.”

The third top-ranking pilot concluded his presentation by taking it back to the point of ship choice. QuantumDelta said that the support ships are the real MVPs and cuts to the point of how to succeed in EVE: Valkyrie rather than casually enjoy it: “A lot of people in games, they ignore things that aren’t pure combat ships. This fighter might be having more fun flying around doing stuff but the other two they’re winning the game. “