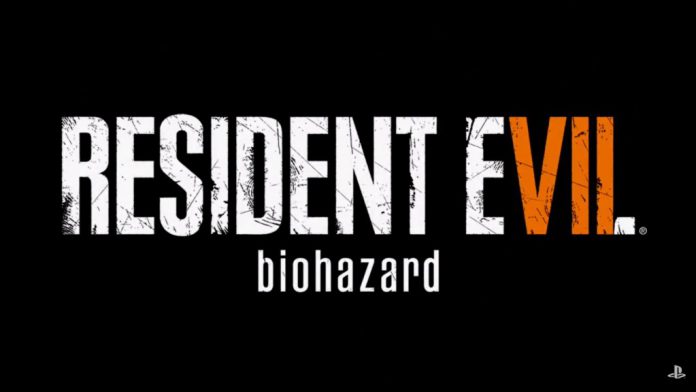 One of the biggest surprises to come out of this year’s Electronic Entertainment Expo (E3) so far is undoubtedly the PlayStation VR version of Resident Evil 7 biohazard. Joining the dots between Capcom’s work on a virtual reality (VR) engine and the names associated with the Kitchen technical demonstration revealed back in 2014 could possibly lead you to this conclusion, but it would take the same leap of faith as it did for Capcom to tie it’s biggest franchise to an unproven medium.

The lengthy demonstration version of Resident Evil 7 biohazard playable at Sony Interactive Entertainment’s (SIE) post-press conference showcase was lengthy and offered a very interesting preview for the unusual route that the franchise is taking: it’s not just ‘going back to its roots’, it’s practically abolishing all that has gone before. New characters, settings, mechanics, gameplay design. From this early demonstration Capcom would arguably have been better off with an entirely new branding, though the marketing men would likely disagree.

Though the finer details were not confirmed, the player appears to take on the role of two different characters in Resident Evil 7 biohazard: an unnamed protagonist in the current day, and a camera man named Clancy working with a producer and a presenter on a TV haunted house show. The vertical slice of the videogame begun with you alone in the house, free to explore at your own pace. Interactive objects litter the environment, some of which have usefulness in solving the simple puzzles put to the player.

An example of this is finding a locked cabinet, and subsequently a pair of bolt cutters to remove the chains and padlock preventing it from being opened. A simple inventory system will only allow for the use of these items when they are applicable in the location the player is attempting to use them, and subsequent implementation and animations are automatic. Upon opening the cabinet the player finds a videotape which can then be used in a VCR resting upon a TV in a previous room.

Once these videotapes have been inserted into the VCR the player takes on the role of Clancy, and tells the story of the TV crew and their exploration of the house. It’s a strange but certainly interesting idea, revisiting the house in an earlier timeframe and finding some objects no longer there and new opportunities for puzzle solutions. It’s akin to the time travel element in The Legend of Zelda: Ocarina of Time and works surprisingly well.

In terms of VR, Resident Evil 7 biohazard has some interesting techniques to assist with the prevention of any possible simulator sickness, or at least minimise it. Walking up or down stairs will lock the animation to a defined, smooth incline or decline without arresting the player’s view. The layout of the house is clearly designed to push the player into leaning to look around corners and the lighting differentiates between each of the characters’ playable sections to enhance the need for use of Clancy’s head-mounted light. Sadly, the right analog stick is used for turning arcs; for some videogames this may be near-impossible to avoid, but in any that does make use of it the sensitivity should definitely be significantly lower than that seen in this Resident Evil 7 biohazard demonstration.

Though Resident Evil 7 biohazard‘s first preview build has its flaws it’s undeniably an improvement over Capcom’s original Kitchen technical demonstration. It showcases great promise not just for the rebirth of Resident Evil as a franchise, but for the potential of AAA VR development. Players will be able to overlook the lessened visual quality and the simplistic nature of the puzzle implementation in favour of the greater immersion Resident Evil 7 biohazard can and already does bring. 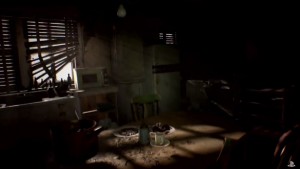