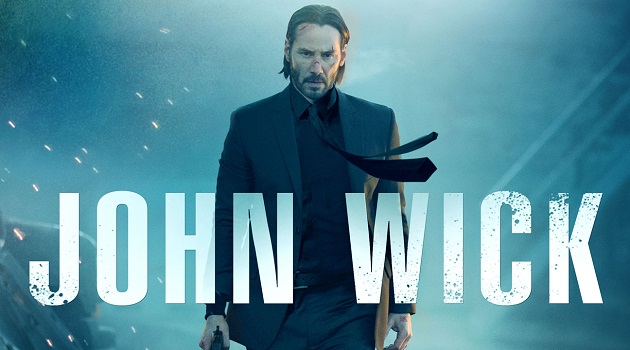 WEVR is known for making beautiful virtual reality (VR) experiences that can take the user to another place and time. Pure unadulterated escapism, if only for a few minutes, can be found in its most famous work The Blu: Encounter. However, for all of The Blu: Encounter‘s beauty it was a decidedly limited piece of entertainment: no interactivity, no exploration. The user was simply a passive observer that had no impact whatsoever on the proceedings. John Wick: The VR Experience is an altogether different proposition, but no less aesthetically attractive.

Beginning in a hotel lobby, the player in John Wick: The VR Experience – Chapter 1 is encouraged to look around the environment before pressing on. A number of interactive items litter the small area of movement available through the HTC Vive’s Lighthouse tracking system, highlighted with a yellow glow as the player approaches. Suddenly the phone rings, with an undisclosed voice informing the player that they must get the hotel manager to assist them. Ringing the bell, a rather suspicious character appears and offers his assistance, however there’s a catch; he needs to know that you are who you are supposed to be.

At this point the HTC booth attendant informs VRFocus that a bribe is in order. Opening a nearby briefcase we find stacks of money, a note and a golden coin. However, in John Wick the value of currency is not always what it seems. Taking the singular coin and placing it on the counter, the hotel manager, Charon (played by Lance Reddick), subtly slides it into his pocket and nods knowingly. A button on the wall is now highlighted, and pressing it summons an elevator taking the player to the second floor.

The second area acts in much the same as the first: a number of highlighted objects are available, but only a few will impact the proceedings. Pressing a button front-and-centre on the desk outside the elevator begins a video reel showing clips from the John Wick movie franchise, but suddenly the video screen is hacked. A rather unhappy antagonist vocalises his intentions to bring about your demise, and suddenly red laser-sight beams come glowing through the windows. You’re under sniper fire, and you must duck into cover to avoid being shot.

After a few moments the lift doors reopen, and you must make your way back into the elevator without being hit. It’s only a couple of feet away, but still the pressure of bullets whizzing by and glass smashing under impact is persuasive enough to convince the player that perfect timing and swift motion is required.

Upon returning to the elevator the demo ends. VRFocus is not yet aware whether this is the entirety of John Wick: The VR Experience – Chapter 1 or just a snapshot of it. Indeed, the 2 areas the player visits are littered with hints of other gameplay opportunities – for example, a ‘training room coming soon’ flyer – though these could of course be short independent chapters of their own.

The time has come where many studios are going through the exact same transition as WEVR; from exposition pieces to genuine videogames. Epic Games are perhaps the most famous of these, with Showdown being a strictly linear non-interactive experience to Bullet Train, a year later, offering compelling gameplay only possible with VR. John Wick: The VR Experience – Chapter 1 teases much more than it shows with incredible visual fidelity, and what it shows is a welcomingly original experience.