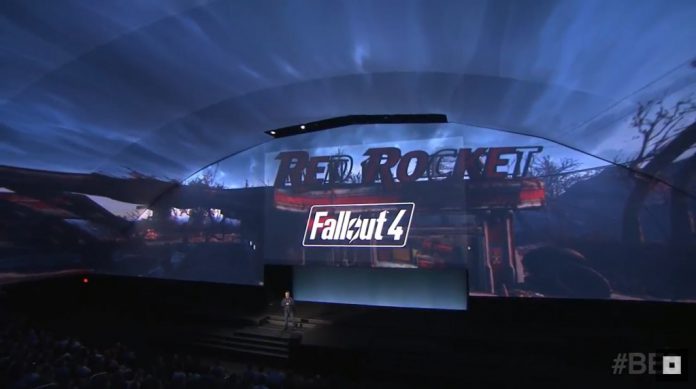 One of the biggest videogame releases of 2015 was Bethesda’s Fallout 4. A worldwide hit, winning numerous accolades, the open-world adventure set into the backdrop of a post-apocalyptic US, allows gamers to explore at their leisure for hundreds of hours of gameplay. So when the developer announced at the Electronic Entertainment Expo (E3) 2016 last week that it was making a virtual reality (VR) version, Fallout VR,  expectations were naturally high.

Being able to explore a world such as Fallout in VR opens up all sorts of possibilities, truly immersing players in a series they know and love. But what works in a standard videogame doesn’t necessarily translate to VR, as many studios have found, and Fallout VR suffers because it seems to be essentially a port.

Waiting to play the five minute long demo there were Fallout fans beaming as they left the booth, amazed by playing one of their favourite titles in VR. But many hadn’t experienced VR before and were taken aback by what they could do using the HTC Vive head-mounted display (HMD). Being fairly seasoned on VR technology and what the Vive could do, my experience was less than stellar.

The demo starts you off early in Fallout 4, at the first Red Rocket gas station. Here you can walk around the Room Scale allocated area before needing to teleport to explore further. Teleporting, by pointing a reticule at a certain area then instantly jumping to it, is becoming a staple movement mechanic in VR, and certainly has its uses in first-person videogames. Fallout VR’s teleporting is simple to use and does as you would expect, but it’s woefully short. Fine for inside buildings but for exploring the Commonwealth, you’d soon get bored of rapid firing the trigger to get anywhere. Worth noting is the fact that Bethesda has made the entire Fallout 4 world available, but inching through it would take away the fun of this massive open-world adventure.

And don’t think for a moment that the beautifully desolate and ravaged HD world of the standard title has been faithfully recreated. On the HTC Vive Fallout VR is more akin to CRT TV quality, edges lack definition, and the whole feel is just gritty. It’s the graphics that give it the most resounding look of a straight port, whereas other Vive titles like Pool Nation VR, The Gallery: Call of the Starseed and Portal Stories: VR ,are designed from the ground up for VR, showcasing what can really be achieved. 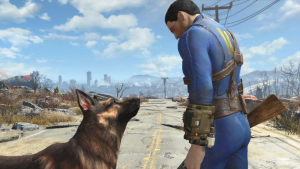 Aside from movement the core shooting mechanics are solid enough. There’s two weapons to choose from, either the pistol or the double-barrel shotgun with which to shoot a group of raiders who attack you at the station. These enemies were specifically spawned in the area you start in, and the guy running the demo says to stay in the area to begin with rather than running off. After dispatching them you’re given free roam to have a wander and see what you can find.

While the guns only feature on the right-hand controller, using the trackpad to switch between them, the left controller has the iconic Pip-Boy and teleport functionality. The Pip-Boy has been faithfully recreated for the VR experience, whereby you tilt the HTC Vive controller to look at it as you would if it was actually attached to your arm. The interface is exactly the same as in Fallout 4, but as its not magnified a lot of the information is barely legible, reducing the functionality to a mere novelty. Scrolling through the menus there’s an extra weapon to play with if you can find it, the Fatman. This mini-nuke firing super weapon has been made all the more ridiculous byway of unlimited ammo, so you won’t want to switch back to the other guns once you’ve started playing with this bad boy.

Luckily this isn’t a finished product as if it was it’d be woeful, a tarnish on the Fallout series, and VR. Just taking a AAA IP and wedging it into VR doesn’t mean that it’ll work and for the most part it’s not the best VR experience. It’s still early days and hopefully some of these issues can be resolved to provide a title that’s worthy of the heritage.