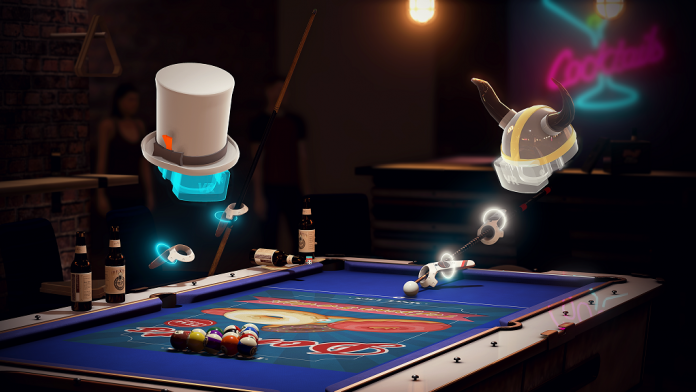 Cherry Pop Games’ Pool Nation VR has proven to be an incredibly popular virtual reality (VR) videogame, compatible with the HTC Vive. However, some players running on minimum specification PCs have reported issues with framerate drops and stability. Cherry Pop Games has been quick to react, issuing an update to tackle these specific issues and more.

The update, available via Steam now, streamlines many of the processes involved in the general running of the application. Furthermore, multiplayer optimisations have been implemented to increase accessibility.

Included in the update, according to Cherry Pop Games’ official statement, are fixes such as removing unneeded per-bone calculations on NPC characters, blueprint optimisations for the balls and fixing of the light constraint on the table light. In terms of multiplayer, lobby numbers have been added to prevent different builds of Pool Nation VR finding one another during matchmaking.

“Investigations on further performance improvements continue and we’ll plan to release another update once those are ready. We’re also focusing on the reports of certain movements and activities causing motion sickness that is unique to Pool Nation VR – if you are experiencing this we’d greatly appreciate detailed information so that we can get to the bottom of them as quickly as possible,” reads the official statement regarding the update. 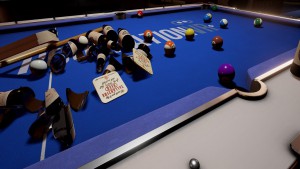 The title launched earlier this month to significant critical acclaim, including a five-star review of Pool Nation VR from your very own VRFocus. Cherry Pop Games and partner Perilous Orbit will continue to ensure that Pool Nation VR is optimised for HTC Vive, and VRFocus will keep you updated with all the latest details.